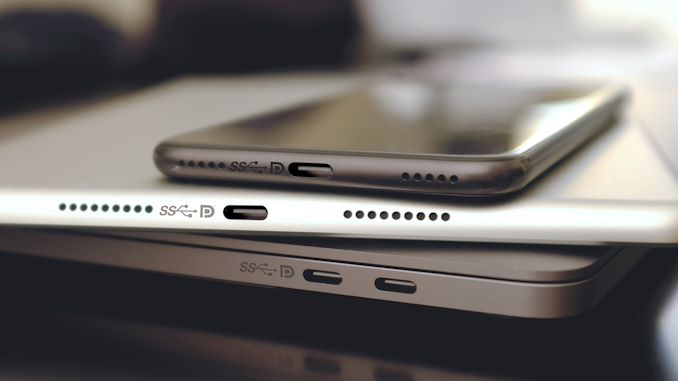 VESA has announced that it has released version 2.0 of the DisplayPort Alt mode standard. The new DisplayPort Alt Mode 2.0 was created within a collaboration between VESA and USB-IF, USB Implementers Forum. This means that this DisplayPort Alt Mode 2.0 allows the USB-C connector to transmit either up to 80 Gb/s of DisplayPort video data or up to 40 Gb/s with simultaneous SuperSpeed USB data delivery. This higher bandwidth will allow USB Type-C to work with speed-hungry devices like an 8K 60 Hz HDR or a 16K 60 Hz monitor. 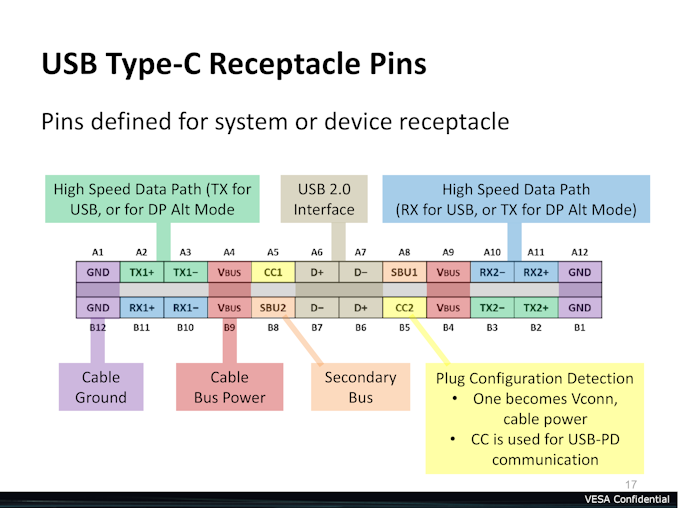 "VESA's updated DisplayPort Alt Mode spec includes a number of under-the-hood developments—including updates to interface discovery and configuration as well as power management—to ensure seamless integration with the USB4 specification," stated Craig Wiley, senior director of marketing at Parade Technologies, and VESA board member and DisplayPort Alt Mode sub-group leader. "This major undertaking, which was several years in the making, could only be made possible through the combined efforts of VESA and the USB-IF.

Through our latest collaboration with the USB-IF, VESA is now taking care of everything related to high-performance displays over USB-C, whether through a native DisplayPort or USB-C connector or through tunneling of DisplayPort over the native USB4 interface. DisplayPort is also tunneled through the Thunderbolt interface, making it the de facto video standard across PC and mobile displays." 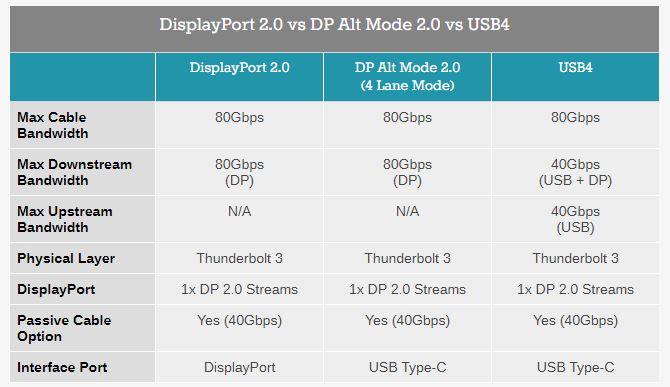 Anandtech has stated that Alt Mode 2.0 will support regular USB Type-C cables. The new mode will ensure that monitors won't need to have a USB Type-C controller installed. DisplayPort Alt 2.0 will also support the Thunderbolt 3 standard means that USB Type-C will become a universal standard for both smartphones and PCs.