Today Motorola is a very happy company as the long term relationship with Verizon has started to bear its fruits. Verizon today announced the latest addition to its mobile phone line up with Motorola DEVOUR. A trendy QWERTY smart phone with Android OS and Motorola's trademark MOTOBLUR feature. This new launch establishes Motorola back in the race of smart phones supremacy. 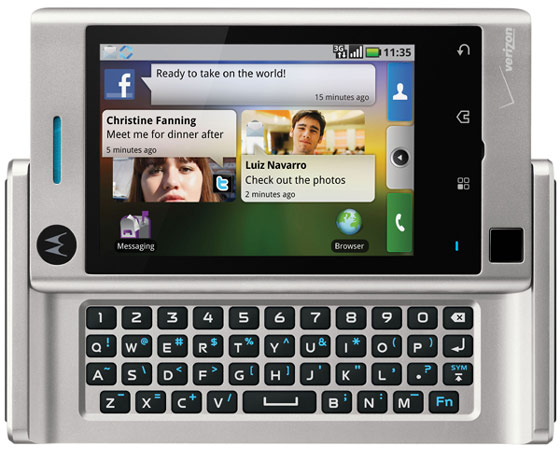 This is the second good news for all the Android fans as today Google also announced the Official upgrade to its Nexus One phone for enabling multi-touch feature.