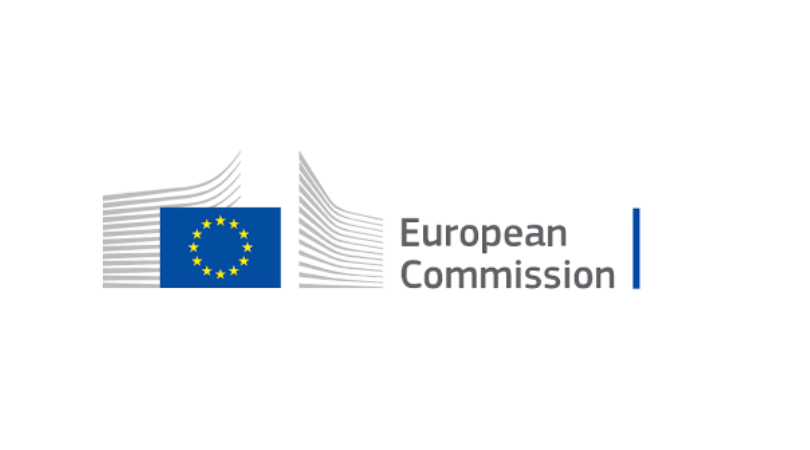 From the original refusal of refunds, of which they only offer the bare minimum after legal challenges from Australia and the EU, the push and prevalence of loot boxes and even the allowance of gambling and predation of fans through the implicit support of sites like CSGO Lotto, to name a few, Valve has long been guilty of anti-consumer practices when it comes to Steam and their titles. In this case, one other anti-consumer practice is being stopped, and the EU has settled on minimal fines for Valve and five publishers over geo-blocking.

As reported by the European Commission, Valve and five publishers (ZeniMax, Capcom, Bandai Namco, Koch Media and Focus Home Interactive) have been found guilty of geo-blocking and fined a total of a little under €7.9 million, with Valve taking one of the larger fines for refusing to cooperate with the commission. As for the exact fines, here they are with each reduction given dependent on the parties' level of cooperation:

As for what the six companies are guilty of, this quote explains it fully:

The Commission found that by bilaterally agreeing to geo-block certain PC video games from outside a specific territory, Valve and each publisher partitioned the EEA market in violation of EU antitrust rules. In particular, today's Decisions conclude that Valve and the publishers engaged in the following geo-blocking practices:

The geo-blocking practices concerned around 100 PC video games of different genres, including sports, simulation and action games. They prevented consumers from activating and playing PC video games sold by the publishers' distributors either on physical media, such as DVDs, or through downloads. These business practices therefore denied European consumers the benefits of the EU's Digital Single Market to shop around between Member States to find the most suitable offer.

The Commission has concluded that the illegal practices of Valve and the five publishers partitioned the EEA market in violation of EU antitrust rules. 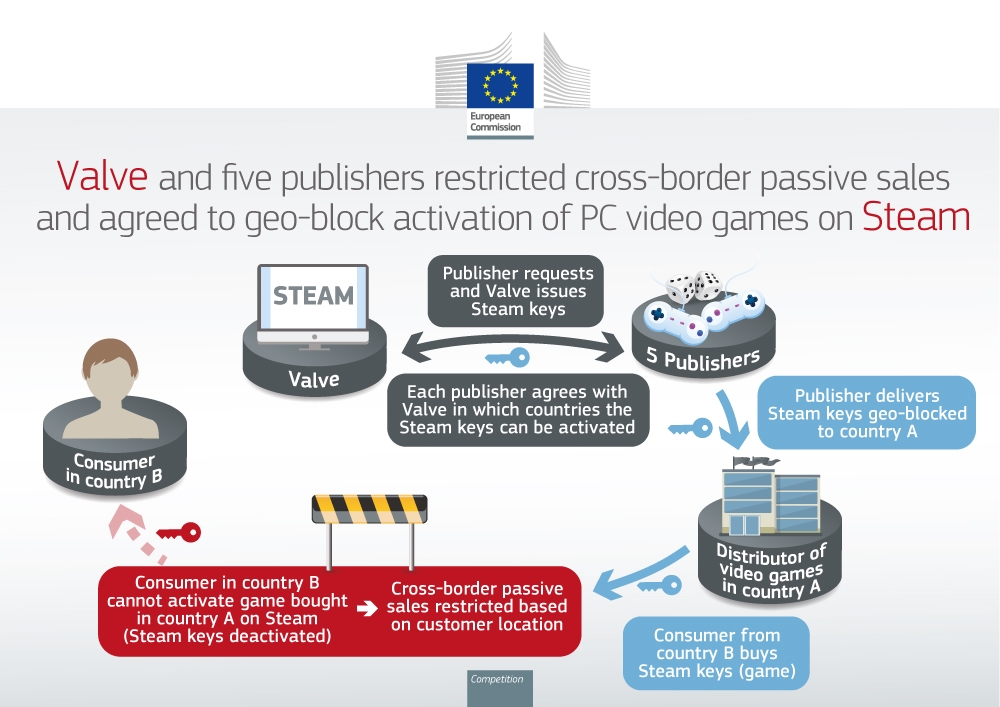 Valve and the five publishers are guilty of conspiring to breach EU laws by limiting the ability to activate games based on which country you are in. All digital products made available within the European Economic Area (EEA) must be functional throughout the whole area.

These fines appear small, but it's a step in the right direction to curtail these companies' anti-consumer actions. It should be said, however, that there is a chance that this could lead to an increase in prices for some consumers. Generally speaking, countries like Romania see a reduced price for a game. Somebody from France could then save money by purchasing a key from a Romanian outlet and simply activating it on Steam.