Haven't been able to deal with Twitter's new 280-character limit? Not sure how to get out of the 140-character mind when using Twitter? Well, we all may need to learn a thing or two from two German Twitter users who want the company to extend this limit to 35,000! 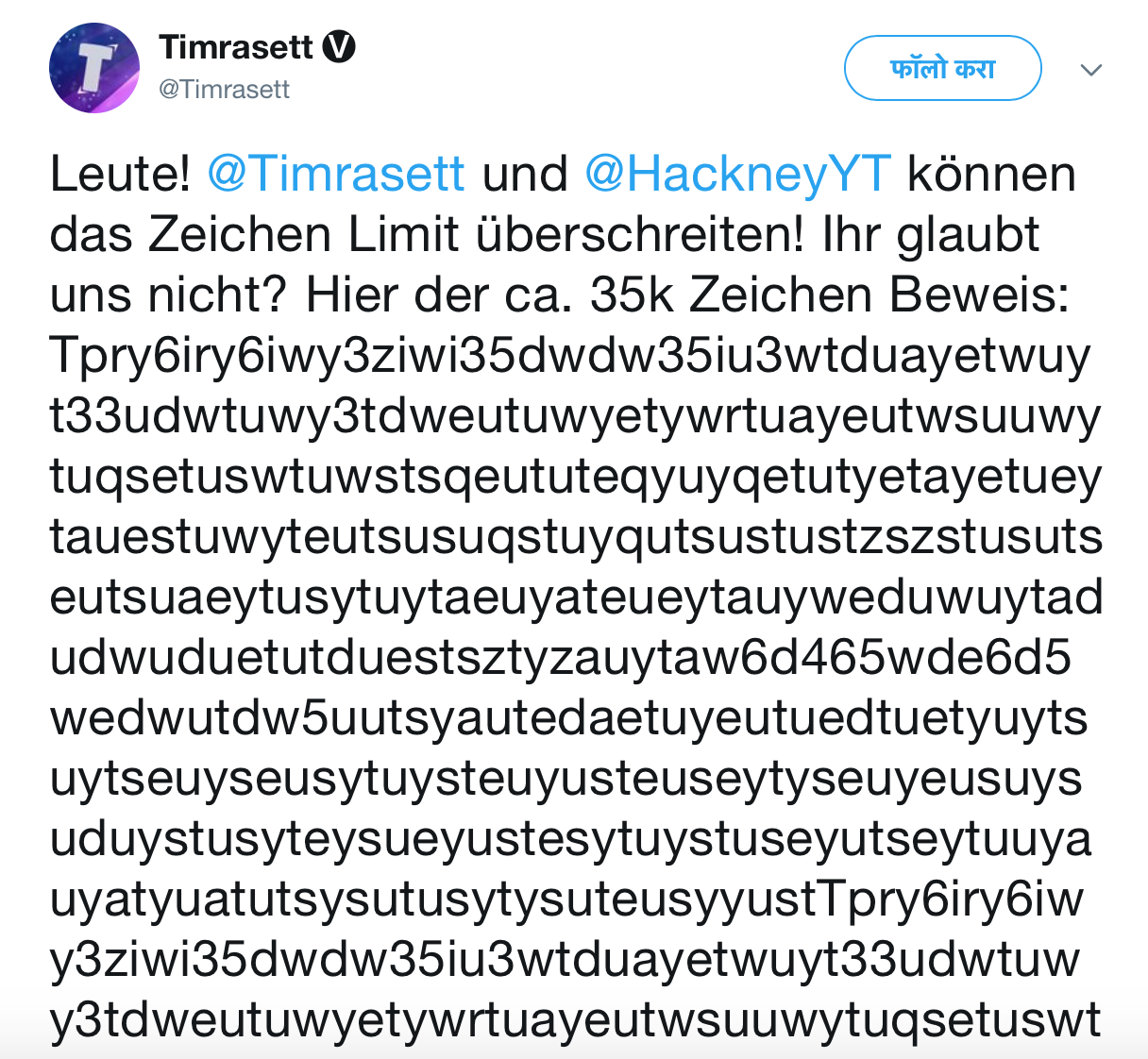 The tweet may look like nothing but nonsense, however, some noted that at least some part of this trick depends on formatting the tweet like a URL (.cc/). The exploit was discovered and used by the two, whose accounts were then temporarily suspended by the social media firm. The tweet, of course, has also been deleted but you can see it in all its glory thanks to Internet Archive.

Hey! Sorry for the crashes. We just wanted to show that Twitter is easy to crack.

Twitter has confirmed suspending the two accounts temporarily citing "The Twitter Rules". Both the accounts are back now as the ban has been lifted. But for the future, you may want to refer to these company rules before breaking them (also consider submitting these flaws for some bounties):

We strive to protect people on Twitter from technical abuse and spam.

To promote a stable and secure environment on Twitter, you may not do, or attempt to do, any of the following while accessing or using Twitter: