Apple does not allow developers to code apps that use the 3D Touch on iPhone 6s to weigh objects. Even if Apple disapproves it, Asher Trockman has dodged this rule with a new web app that allows users to weigh objects on the iPhone 6s using 3D Touch. Surprisingly, the web app is quite accurate and it's called TouchScale.co. 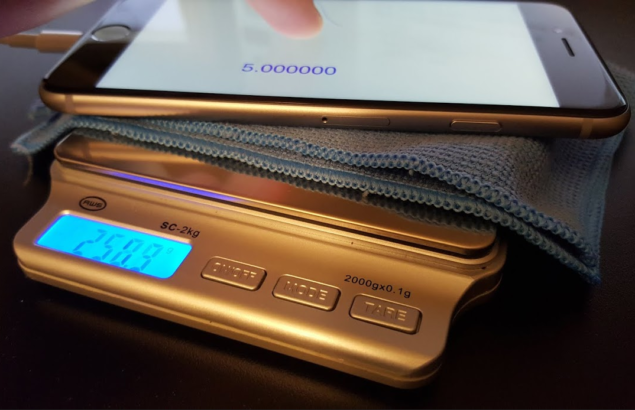 If you want to weigh objects right away, visit TouchScale.co from your iPhone 6s or 6s Plus. When the web app opens, place an object on the display of your iPhone 6s and see the reading displayed below. For an accurate reading, make sure that there is only one contact point between the display and the object that you are placing on it. The reading will either be inaccurate or may result in an error with an empty response. 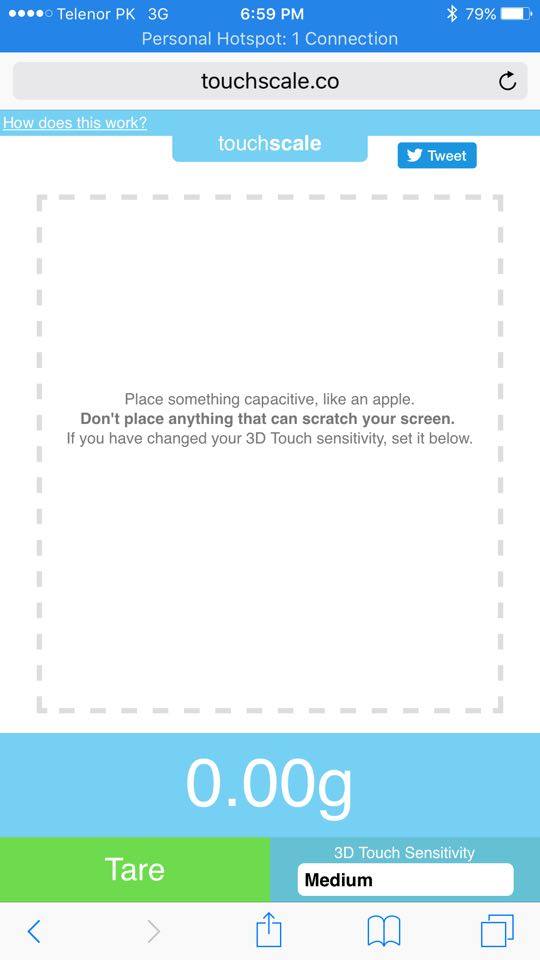 Moreover, there are a couple of caveats that you should consider before you do it. TouchScale.co will only register weigh for reading if they are detected. Henceforth, you can only weigh objects which are detected by the capacitive touchscreen, such as vegetables and fruits. Furthermore, make sure you do not scratch the display or cause it any harm by placing objects which are hard to touch.

Nonetheless, do give it a shot and be amazed of how accurate the scale reading is. It acts as a mini pocket scale for your daily use which might be useful occasionally. The readings driven from TouchScale.co are really accurate. In comparison with a standard kitchen scale, the readings deviate no more than a single gram or two. 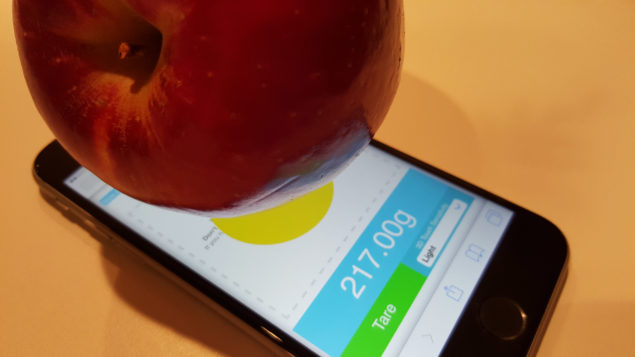 Trockman did a clever job bypassing Apple. He simply acquainted himself with the capabilities of 3D Touch. He knew what iPhone 6s's pressure sensitive displays are capable of which resulted in an accurate web app to weigh objects. If you want to see Asher Trockman's test results and other interesting stuff, you can visit his blog for all details.

However, we would not recommend you to ditch away all your scales for a web app. It sure sounds like a good way to measure objects on the go, but definitely not a daily driver to measure weights of heavy objects.

This is it for now, folks. Do try the TouchScale.co web app and share your experience with us in the comments section below.