VAIO All Set To Return This October

By this coming October we will be seeing a familiar face again, as VAIO computers are set to come back to stores in the United States. The company which previously was associated with tech giant Sony is now an independent company and according to statements they will be releasing their first ever independent computer in October. Sony sold off its unprofitable part of the business of VAIO March last year, after about two decades of trying to become a market leader in the PC industry. VAIO was sold to a Japanese private equity fund named Japan Industrial Partners (JIP) and they were adamant to focus more on the domestic market first, but now they have decided to expand their line of business into the US and even Brazil. Thus begins another journey towards international selling of VAIO, hopefully this time it will have a positive outcome.

VAIO is back with a new strategy

Right now the basic focus of VAIO is on specialized markets rather than increasing their sales volume. According to VAIO’s chief executive, Yoshimi Ota, Sony has focused excessively on the market share rather than profitability. Ota told the Wall Street Journal "We are not interested in cheap models for everyone," their targets are the creative users such as designers and photographers, who are currently using Apple’s expensive computers.

The first product to be sold by VAIO after returning will be the VAIO Canvas Z, which is a monster tablet with an i7 processor, 256GB SSD, a detachable keyboard and an onboard memory of up to 16GB. This device is worth $2,199 (starting price) and will be available on VAIO’s US website and Microsoft’s stores from 5th of October. Customers can avail the facility of Preorders by the middle of September although its price is not yet confirmed in the markets of Brazil. 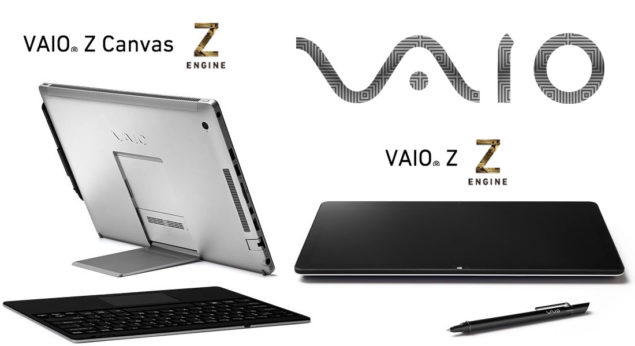 VAIO wants to capture markets other than the PC one due to which they desire to start building entertainment robots, communication devices, factory-automation machines and wearables. According to some reports published in the Wall Street Journal, Sony’s sole factory has previously turned some of its extra industrial control to build Fujisoft's toy robot Palmi.

"Whether it’s humanoid or dog-shaped, we plan to start making VAIO-branded robots in the near future," said Ota.

Shrinking PC markets may prove to be a difficulty for VAIO because the market contracted almost 10-12 percent in recent times according to different analyses. The share in Japan will probably fall to less than 1 percent which will break all previous records, but Ota is confident that this time he’ll be the one to get VAIO back on its feet and he’s certain that the company will be profitable, he even named Sony as a prospective buyer.