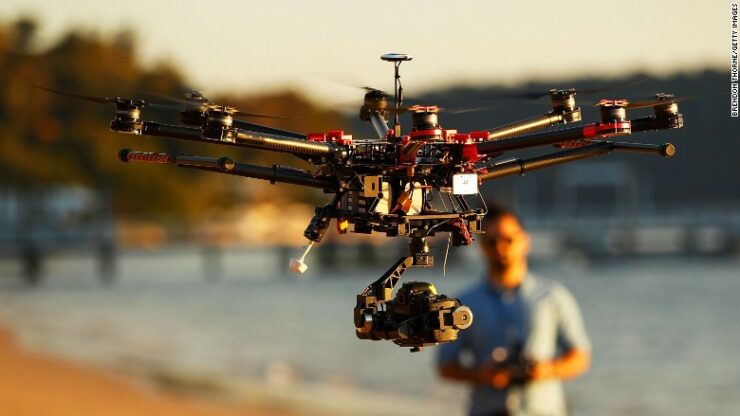 The US Army has reportedly issued a global order banning its units from using DJI drones. A Chinese company, the US Army doesn't believe if DJI's products are secure enough. Issued by the US Army’s Lieutenant General Joseph Anderson, the memorandum cites cyber vulnerabilities and orders all units to immediately stop using these drones.

"Due to increased awareness of cyber vulnerabilities associated with DJI products, it is directed that the US Army halt use of all DJI products," the memo reads.

DJI products were widely used throughout the Pentagon

Before this new order, US Army and US Navy were widely using DJI products. The memo notes that the Army had issued over 300 separate releases authorizing the use of these products for the Army missions.

An earlier report published by sUAS News had revealed that the DJI users who choose to upload data to their SkyPixel accounts through DJI app have their data stored on servers in the US, along with Hong Kong and China. This data includes user information, video, photos, location details, and other telemetry data. It is unclear if this report dictated Army's latest decision to put a blanket ban on all DJI products.

Da-Jiang Innovation Corporation is the world's largest manufacturer of civilian drones, and is based in Shenzhen, Guangdong. Considering China's increasing control over tech companies, its incessant demands of having access to user data, and DJI's willingness to cooperate with the Chinese government requests, the US Army's decision isn't frankly surprising.

In a statement to the media, DJI says it's "surprised and disappointed" to learn about US Army's "unprompted restriction on DJI drones as we were not consulted during their decision." The company has also requested everyone to refrain from undue speculation as it has reached out to the US Army to understand their reservations.

People, businesses and governments around the world rely on DJI's products and technology for a variety of uses including sensitive and mission critical operations. The Department of the Army memo even reports that they have "issued over 300 separate Airworthiness Releases for DJI products in support of multiple organizations with a variety of mission sets.”

We are surprised and disappointed to read reports of the U.S. Army’s unprompted restriction on DJI drones as we were not consulted during their decision. We are happy to work directly with any organization, including the U.S. Army, that has concerns about our management of cyber issues.

We’ll be reaching out to the U.S. Army to confirm the memo and to understand what is specifically meant by ‘cyber vulnerabilities’. Until then, we ask everyone to refrain from undue speculation.

It should be noted that the authenticity of the memo is still in question. Whether the US Army has indeed issued such an order and if it's open to talk to DJI to bring a fix to these "cyber vulnerabilities" will be more clear in the coming days.