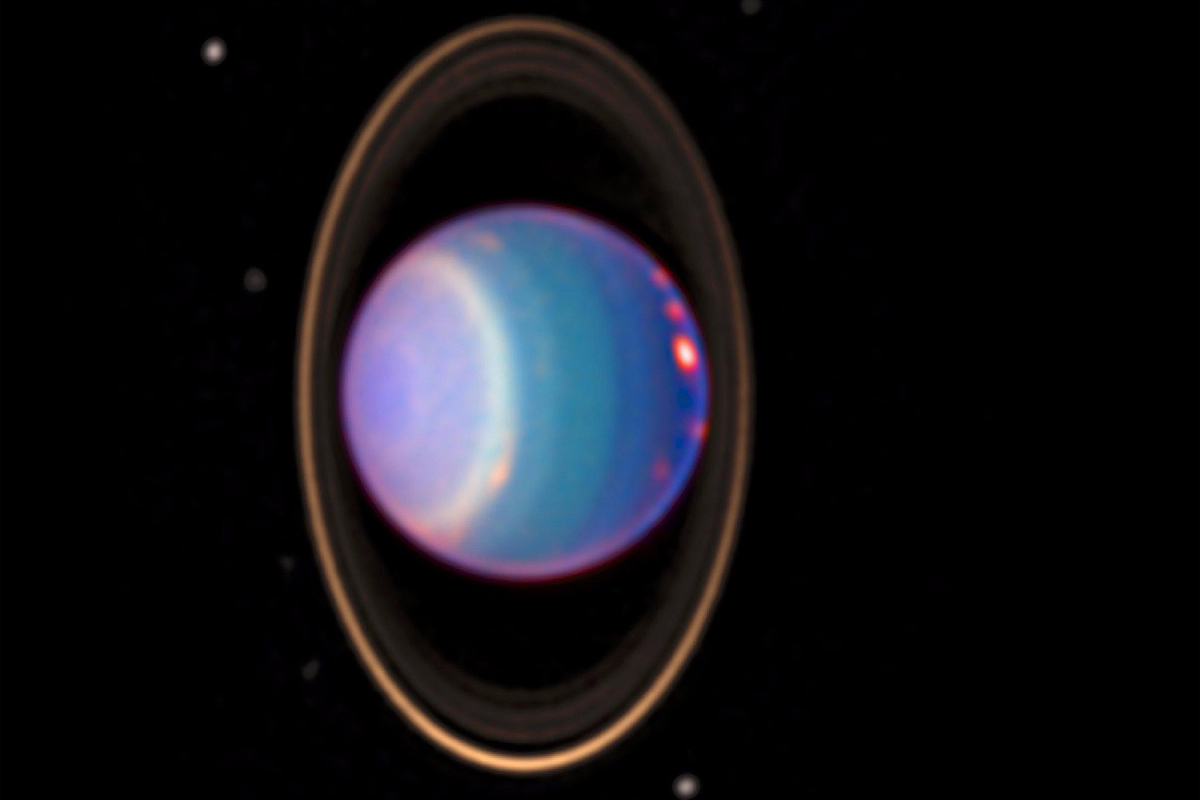 The ice giant, Uranus, has already got a lot more moons than our lovely planet Earth, 26 more to be exact and according to a new finding it may have more. The ice giant has 27 known moons and according to new data it has two more small moons that no one has ever seen. The number of moons Uranus has is still a lot less than its neighbors Jupiter and Saturn have, which are 67 and 62 moons respectively. But then again Uranus is a lot smaller in size as compared to the gas giants too.

Astronomers discovered these two moons located behind Uranus after they re-examined old data that was collected by NASA decades ago with the space probe Voyager 2. During the 1986 probe astronomers found the number of Uranian moons to be three times more than previously imagined and since then they have believed that only 27 moons orbit the ice giant. 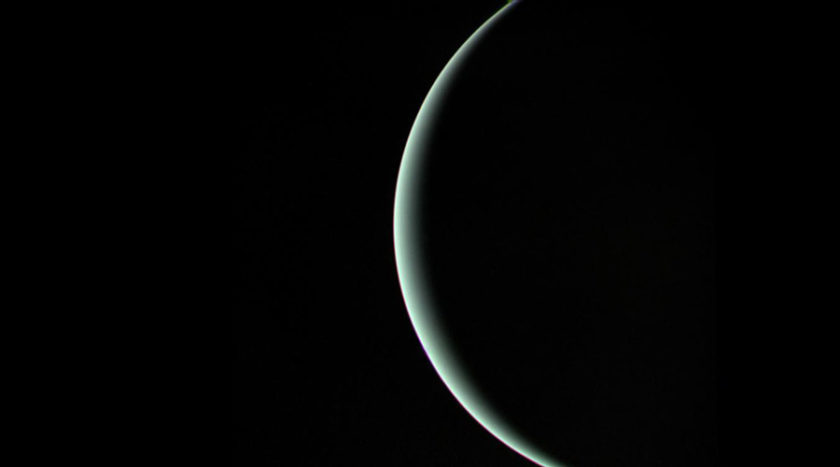 Two planetary scientists from the University of Idaho’s Moscow campus, Rob Chancia and Matthew Hedman, were the ones who made the discovery. They were re-examining Voyager 2’s old data and found the two “exciting discoveries”.

They are so tiny that they only measure between 4 to 14 kilometers in diameter if they do exist.  This explains why the Voyager 2 might have not seen them clearly even though “at least four of Saturn’s moons are even smaller”.

The fact that these two moons exist is “certainly a very plausible possibility”, says Mark Showalter of the SETI Institute in Mountain View, California. SETI has previously managed to find moons around Neptune, Uranus and other outer planets.

Now Showalter and his colleagues at SETI will be examining this discovery further with the use of the Hubble telescope. If they actually do exist then the Hubble is the ‘best bet’ at confirming the existence of these small satellites.

There’s so much still unknown about the ice giant and it has been relatively unexplored as compared to Jupiter and Saturn, which have the Juno, Cassini and Galelio missions to study them. Hopefully we will have a separate mission for Uranus too; it will be very exciting to see what the ice giant holds. If the Hubble is unable to confirm the existence of the moon then maybe one day a Uranian orbiter could really confirm or deny the existence of these moons’ altogether.

“That would definitely be a good way to do it,” says Hedman.