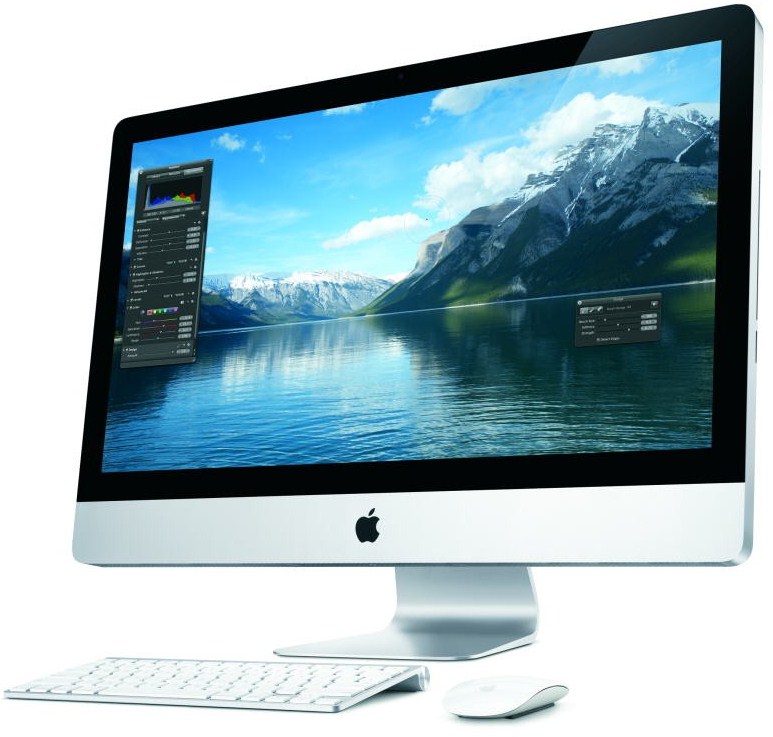 Apple is most likely to release its updated line of iMacs next week which would feature Intel's Next Generation Sandy Bridge processors and other latest I/O technologies. Rumored to arrive on May 3rd the new iMacs Personal computers would include the companies latest Thunderbolt technology from Intel along with Discrete Graphics solution which include AMD Radeon HD 6000 Series graphics card. There's also a probability that the new iMacs would different screen panel size.

The next week launch of the iMacs will mark the first time the company has refreshed its flagship desktop brand (iMac) after a long period of 9 months. Its also a real critical time for Apple to refresh their brand as both iMac -- and Mac desktops are reduced to an all time low share for the company. The shipments have declined to more than 50% as seen in the graph below:

Hopefully next week will mark a new refresh in their iMac lineup.