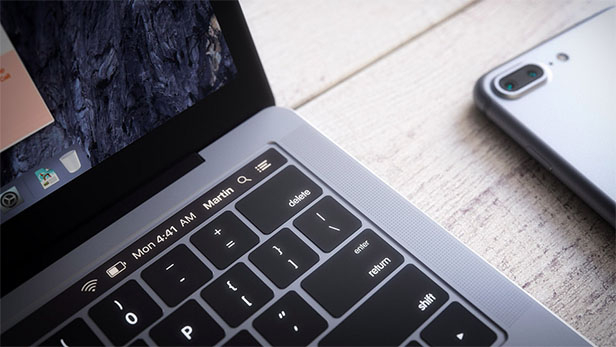 There will come a time when the features of Apple’s mobile OS will find their way to the company’s desktop platform and the upcoming MacBook Pro 2016 family is said to take one critical feature from the book of the iPhone.

According to our previous report, the upcoming MacBook Pro models are also going to be the first ones in the entire family to provide support for Touch support and a new OLED display touch bar that is going to be above the keyboard. Coming straight to the OLED display touch bar, it will replace the physical function keys along the top of the keyboard, while the design will adopt new metal injection molded hinges as reported earlier this year. In addition to being incorporated with Type-C USB ports, Thunderbolt 3 are also going to be a part of the configuration for the MacBook Pro 2016 lineup.

Would you like to see a dedicated Touch ID power button on the MacBook Pro 2016? Let us know what you think right away.