Until Dawn Writer: The Butterly Effect A “Ridiculously Exciting Way To Tell A Story”

While we're still waiting to learn about Quantic Dream's first PlayStation 4 project (rumors whispers of a reveal at Paris Games Week in late October), Sony has just released a fairly similar (albeit horror themed) kind of title: Until Dawn by Supermassive Games. 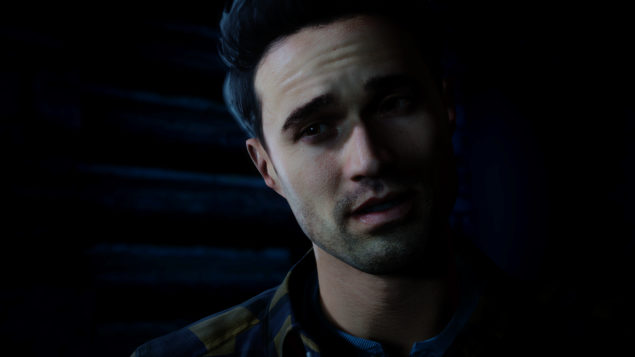 One of the writers involved with the development, Graham Reznick, had a very interesting interview with Rely on Horror. When talking about the defining feature of Until Dawn, the so-called butterfly effect which prompts a chain of reactions after players make a choice, Reznick said that it was a ridiculously exciting way to tell a story.

The branching narrative and multiple path mechanic in UNTIL DAWN (called “The Butterfly Effect”) was a ridiculously exciting way to tell a story. As a writer, you often imagine various different pathways your stories and characters could take but the variants vanish as soon as you pick one. In UNTIL DAWN, those musings were solidified into actual scripts. It was fun to play out different scenarios and see how subtle changes would have big effects. It was also a huge learning experience and not something there was a lot of precedent for to draw from, so we had to invent a lot of little workflow tricks to make it work. Supermassive had a crazy flow chart program to keep it all consistent!

Reznick also added that it was super challenging to have to take all those branching pathways into account while writing the plot of Until Dawn.

Writing the branching storylines in UNTIL DAWN and keeping the characters consistent across them was like being a schizophrenic with multiple personalities smearing their brain into parallel dimensions in several time periods all at once. In other words, it was super fun. But also super challenging. Larry Fessenden and I would take chunks of the game and go off and write on our own, and then we would reconvene and read and perform each others dialogue over Skype, punching it up and rewriting it as we did, usually at least twice. We did this partially to error-check the massive amounts of work, but also to do reading passes where we’d consider which relationships the characters currently had with each other. We also had to consider the player’s expectations of the story, and make sure that no matter what choices they made and what characters were killed, they would get a strong and satisfying arc for most of them. The player in UNTIL DAWN is a direct collaborator in crafting their own experience of the story, and we always had to consider that and respect them as we’d respect another co-writer.

In Until Dawn, eight friends are trapped on a mountain retreat and have to make it through the night. Popular actors such as Hayden Panettiere (Heroes, Nashville), Rami Malek (Need for Speed, Mr. Robot), Brett Dalton (Agents of Shield) and Peter Stormare (Fargo, Prison Break) portray some of the game's characters.

The PS4 exclusive can be downloaded from the PlayStation Store for $/€ 59.99.

Stay tuned for our review, which is coming soon.