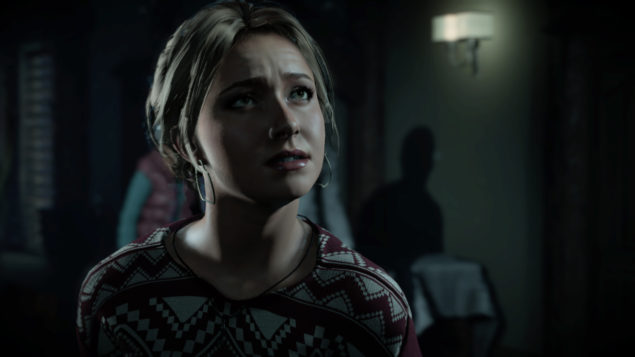 We took our inspiration from the many choices presented in the game and from its cinematic style. We want to give the viewer a feeling of what it’s like being caught up with a killer on the loose - having to make life threatening decisions on the run.
Most people can relate to watching a horror and disapprove of the decisions made by the main protagonists.
Now you can actually have a say in them - and carry full responsibility if the protagonist gets away or is killed in a brutal way ...we find that extremely cool!

Until Dawn features performances from a Hollywood cast including Hayden Panettiere and Peter Stormare. Players' actions decide who survives Until Dawn. A dynamically adaptive story, created in consultation with indie horror authors Larry Fessenden and Graham Reznick, which sees eight friends come together at a remote mountain getaway leading to a night of unexpected terror.

Using the power and rendering capabilities of the Killzone Shadowfall Engine, combined with the power of the PlayStation 4, with proprietary major enhancements in lighting, camera, and animation systems, Until Dawn brings both emotional and real performances of the talented Hollywood cast to life.