“This new phase of development has really energized our team, and we’re eager to keep the momentum going full speed. Our early supporters have been dying to share their excitement with the world since it’s been underwraps, and we’re thrilled to see more players join in and provide vital feedback as we gear up for our full launch next year.” 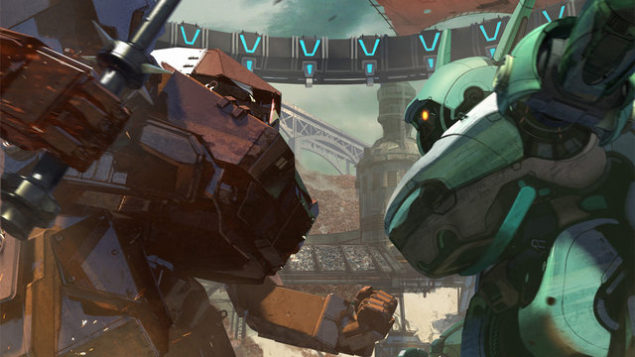 Featuring over ten different stock Gears to choose from, with every part being customizable offering hundreds of thousands of different combinations. Weapons range from lasers and sniper rifles to automatics, while each  Gear can be equipped with jetpacks and grenades.

As a pilot on the planet of Terra Nova, players compete in Gear Dueling. Customizing the look and style of your Gear, managing corporate sponsors, and even hire a support staff to fine-tune your Gear's performance in the Gear Bay. 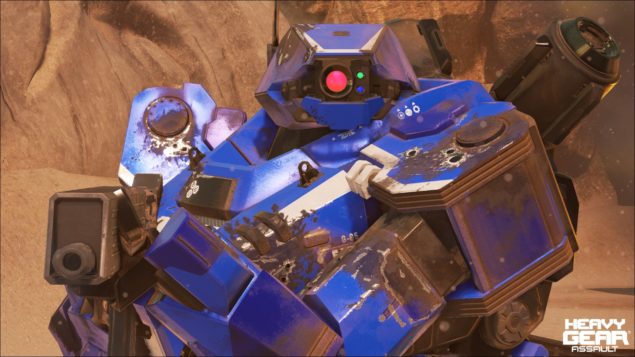 Compete in tournaments and organized matches for fame and fortune. Spectate and sponsor other players. Vote on performances. Put bounties on poor sports and pay their enemies to take them out.

Rip apart the arena with fully destructible Gears. Blow an opponents limb off and use their weapon against them. Pull the trigger at range or melee up close. Play as your pilot and move freely in and out of Gears.

Stealth or armor? Guns or melee? The choice is yours. Customize your weapons or powerplant, sensors or CPU. Fine-tune your performance, and hire a support staff to keep your Gear in the fight.

Create a profile and cultivate your fan base. Stream your matches and highlights to your favorite social media site. Rate players and spectators on their sportsmanship, teamwork, cooperation and style.

Host your own dedicated servers and collect stats for your own private tournament. Take the power in your hands and join or create your own Heavy Gear Assault team and let the teamwork begin.

Battle for dominance in photo-realistically beautiful arenas. Enjoy performance that scales to high- and low-spec PCs. Watch as fully destructible Gears and dynamic environments change the shape of the fight.

Heavy Gear Assault will release on PC, with full Linux support and compatibility between Windows and Linux users, in 2016. We will bring you any new information on Heavy Gear Assault, as well as other new Unreal Engine 4 project as soon as itr becomes available.