The Kite demo footage shows the Unreal Engine 4' capabilities in rendering extremely detailed large environments. Open-world games have become massive in both scope and size, and Epic Games proves that the Unreal Engine 4, can handle such titles exquisitely.  The short film, follows a young boy, chasing his kite, across an immaculately depicted valley, and was demonstrated to the GDC crowd as part of Epic's State of Unreal event. The demo was running on a single GTX Titan X GPU. 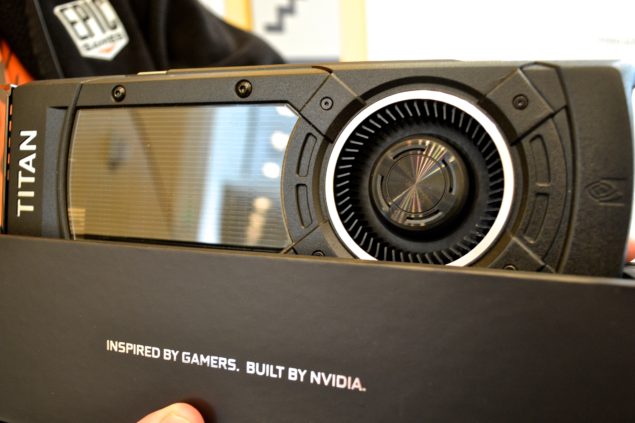 The demo was using a build with 100 square miles of open terrain, and Epic noted that everything in the demo, appears as it would in a finished game.

When we think of compelling virtual worlds, we usually think of graphics. And with each new version of Unreal Engine, Epic has embraced the latest graphics APIs to consistently raise the bar for the type of visuals developers can achieve in their games. When you experience the huge, realistic world of our Kite demo running on NVIDIA Titan X, you see the result of Epic’s longstanding commitment to state-of-the-art graphics.

But another key ingredient of virtual worlds is physics—the laws which govern the behavior and interaction of objects in the game. From the time we first unveiled UE4 at GDC in March 2012, the core game physics has been powered by NVIDIA PhysX. We’re proud to be able to provide all UE4 developers with what we consider the world’s best physics engine, built-in and fully integrated.

And today we’re excited to announce an expansion of that partnership with NVIDIA providing all UE4 developers with not just binary but C++ source access to the CPU-based implementation of PhysX 3.3.3, including the clothing and destruction libraries, through Epic’s Unreal Engine repository on GitHub. This means that the entire UE4 community can now view and modify this PhysX code alongside the complete C++ source code for UE4. Modifications can be shared with NVIDIA who will review and incorporate accepted submissions into their main PhysX branch, which then flows into future versions of UE4.

For developers who are pushing the envelope with UE4 and PhysX, this is great news, and we’re really excited about it here at Epic. Source for NVIDIA PhysX can now be found as part of the Unreal Engine code on the GitHub network.