That's right, the High Bandwidth Memory on AMD Radeon R9 Fury X graphics cards can be overclocked and we're going to show you exactly how. There's no memory overclocking slider in AMD's OverDrive overclocking utility that's built in Catalyst Control Center by default. However the memory frequency slider can be made to appear with a very simple trick that we will discuss below. 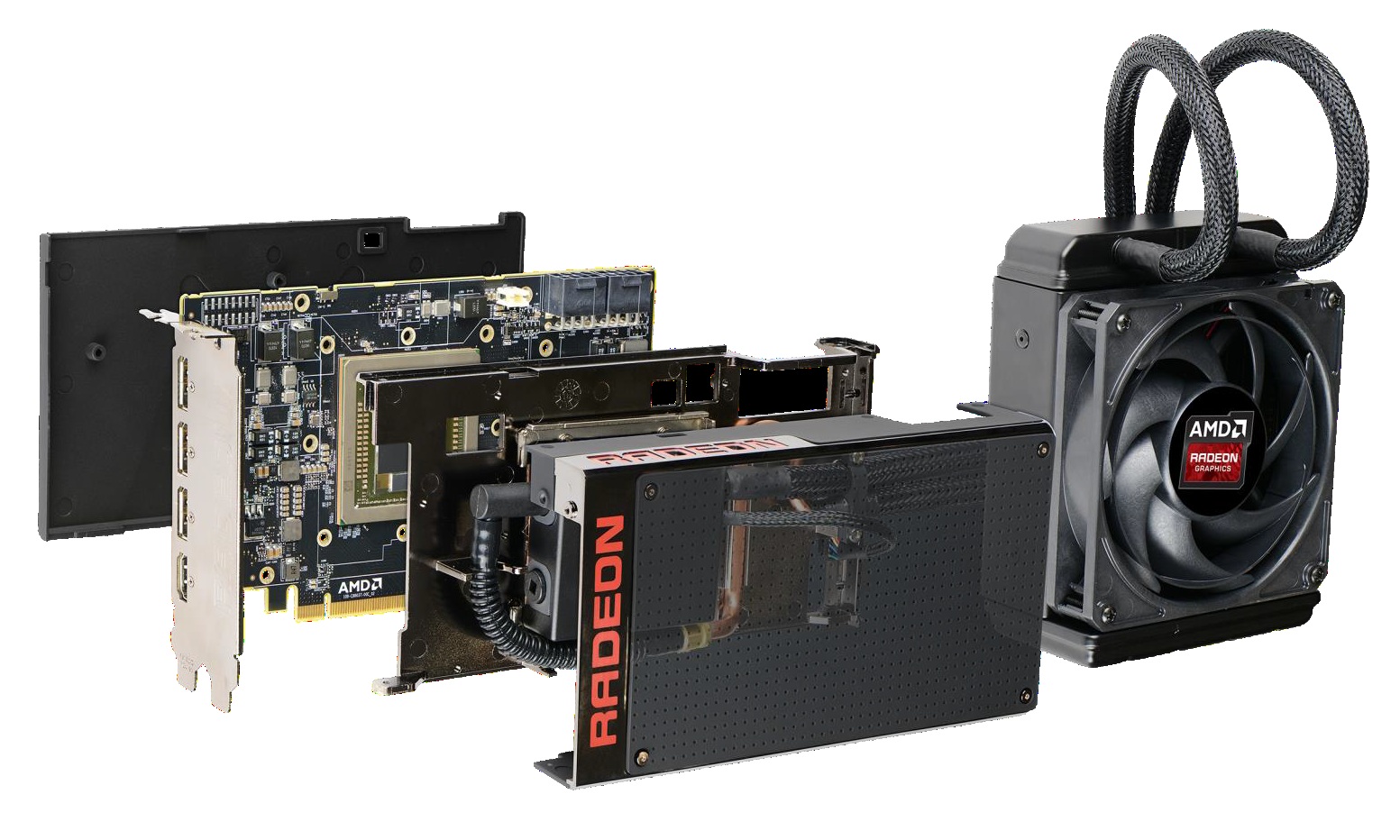 A couple of days ago we reported that the folks over at uk.hardware.info managed to push the memory frequency on their R9 Fury X sample by 20%, from 500mhz to 600mhz. However, the 3DMark score they achieved with that memory overclock plus a 95mhz higher GPU clock speed wasn't too different from other Fury X cards running at the stock memory frequency and a similar frequency bump to the core clock. Which led us to believe that while GPU-Z was reporting memory frequency changes, in reality it may have been just a software glitch. As the memory overclock did not result in a tangible performance improvement.

Funnily enough, shortly after the story went live we were approached by Hardware.fr's editor Damien Triolet. Who shared with us some very interestingly finding. By simply checking the "extend official overclocking limits" option in the MSI Afterburner overclocking utility, the memory frequency slider would appear in AMD's overdrive utility. Not only that, but by doing so memory overclocking would actually be unlocked and any adjustments made to the memory frequency would in fact take effect and result in performance gains. 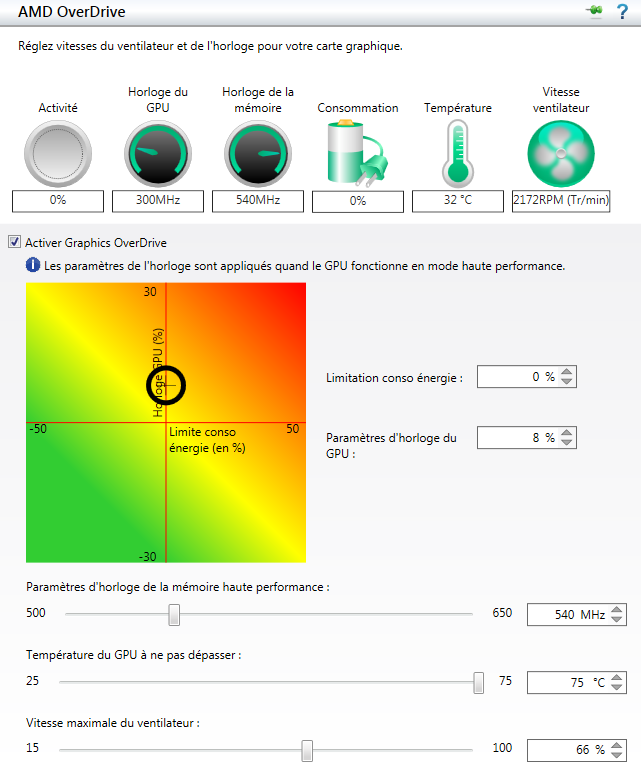 R9 Fury X owners on overclock.net have also confirmed that this does indeed unlock memory overclocking.

In Damient's Fury X review at Hardware.fr the Fury X was tested with and without the memory overclock. So we can easily ascertain if the memory frequency did in fact change and it's not just a software glitch. This also gives us the opportunity to find out how much of a performance boost we can expect from overclocking HBM. You can see the results of an 8% core and memory overclock on Fury X below. 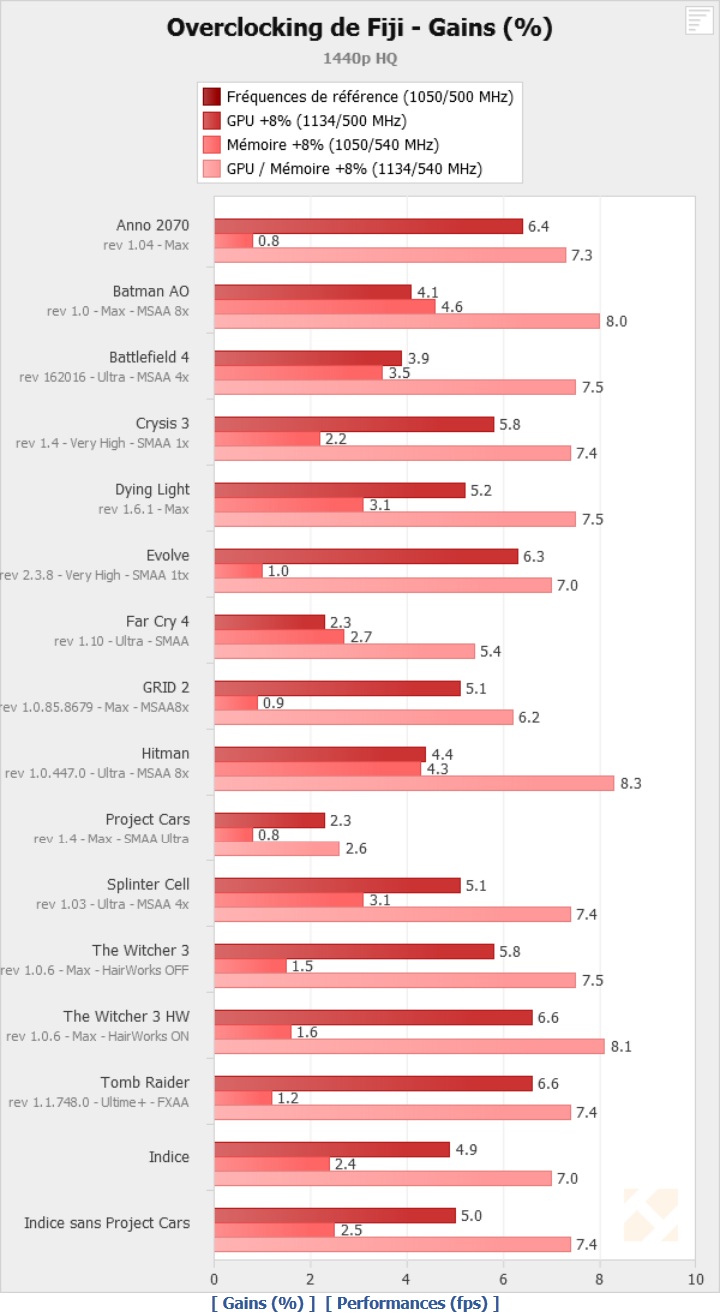 With both the memory and the GPU core overclocked by 8% we see a performance improvement of roughly 7% on average with a few exceptions showing results below that and above that figure. In a number of games the resulting 41MB/s bandwidth uplift from the memory overclock contributed to the overall performance improvement by a significant margin.  Notable games in which this was the case are Batman Arkham Origins, Battlefield 4, Dying Light, Hitman and Splinter Cell.

There's been a lot of confusion surrounding the R9 Fury X and overclocking, specifically with regards to voltage control and HBM's overclockability. So it should be pointed out that neither voltage control nor HBM overclocking are locked on Fury X. The lack of a memory frequency slider by default in AMD's OverDrive utility and the fact that AMD mentioned this in the Fury X reviewer's guide was misinterpreted by many to mean that HBM memory overclocking was locked.
The truth however is that HBM can be overclocked using 3rd party overclocking software like MSI Afterburner as discussed above. In fact we specifically mentioned that memory overclocking will likely be unlocked via 3rd party overclocking tools back when Fury X launched, and that's exactly what happened.

However memory frequency adjustments aren't enabled by default, nor was memory overclocking advertised for Fury X due to the relative immaturity of HBM technology. So while you can overclock Fury X's memory "unofficially" so to speak using 3rd party overclocking tools, do it at your own risk. Although to be fair that goes without saying with regards to any overclocking attempt.

Moving over to over-volting on the Fury X. The current lack of voltage control doesn't mean that voltage control on Fury X cards is locked. This is simply the case because overclocking tools have not been updated yet to recognize the voltage regulator on Fury X card, which is necessary to unlock voltage adjustments. Fortunately we’ve heard that an update for Sapphire’s Trixx overclocking software is in the works. The update aims to address this exact issue and unlock voltage control on Fiji based cards, including the Fury X and Fury.

An OCN member has actually made some progress in this regard by probing the regulator on the Fury X PCB and adding the relavent settings to Afterburner. 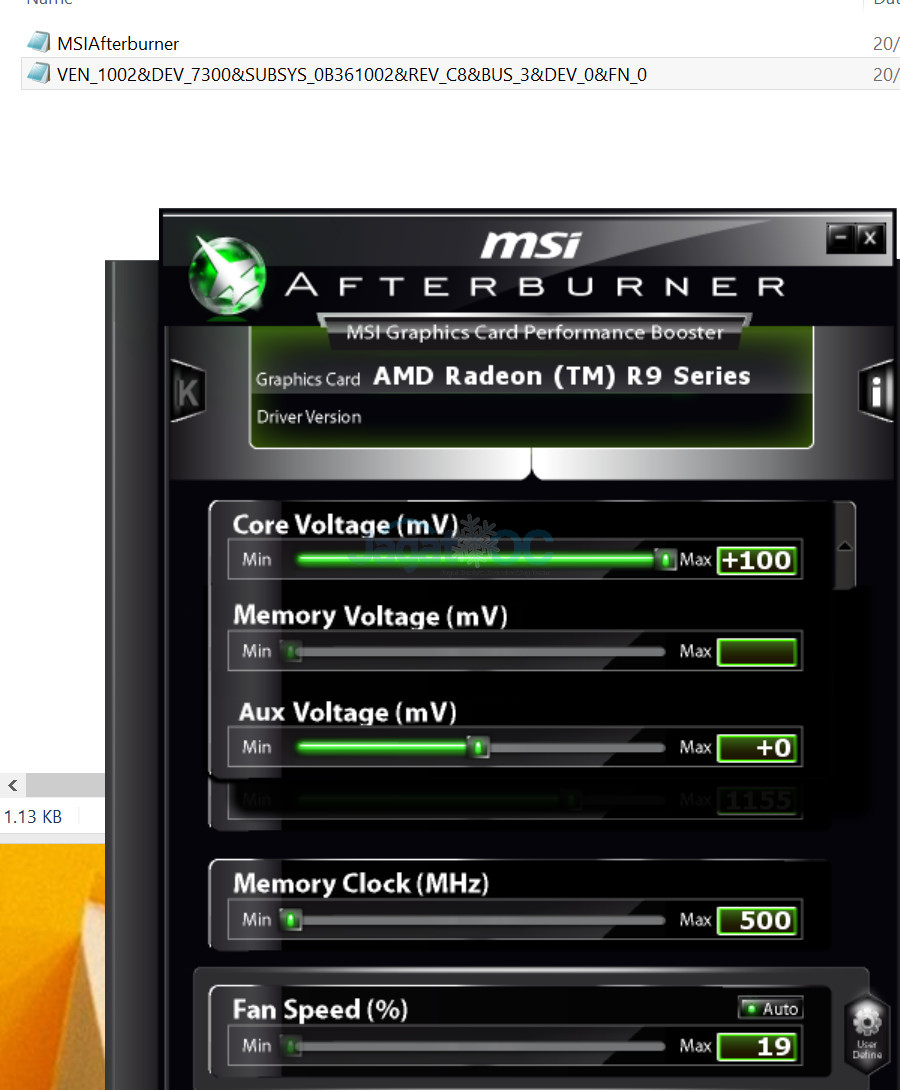 Alexey Nicolaychuk aka Unwinder, who's the creator of RivaTuner which forms the backbone of almost all 3rd party overclocking tools did not receive a Fury X card at launch. Which is why we’ve yet to see an update come out for MSI Afterburner to enable over-volting of Fury X cards.
Unwinder :

We might see an update specifically for voltage tweaking pop up just in time for R9 Fury (vanilla) reviews on the 14th of July. In the meantime however we're keeping an eye out for any development on this front, so stay tuned.