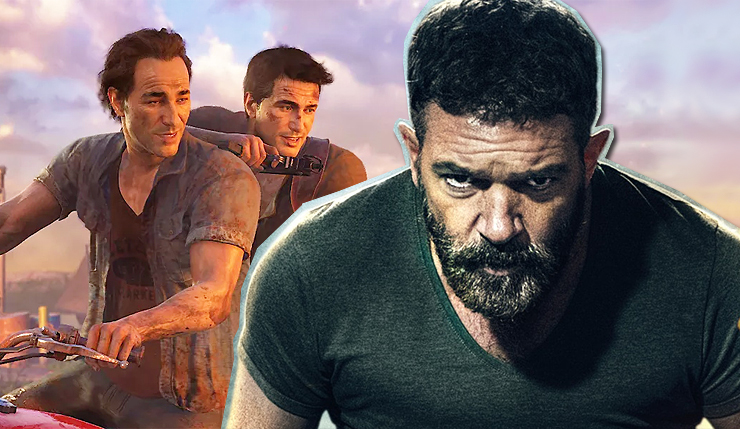 The Uncharted movie has had a long and rather sordid history, but, as we recently reported, it looks like the darn thing may actually be happening. No, really! After losing a whopping six directors, it looks like Reuben Fleischer (Zombieland, Venom) is going to stick, and the movie’s star Tom Holland says the flick is set to start filming in only a few short weeks.

Of course, a movie needs a cast, and according to the folks at Variety, Uncharted has locked down a couple new names. Joining Tom Holland as a young Nathan Drake and Mark Wahlberg as his mentor/father figure Sully will be Antonio Banderas (no introduction needed) and Tati Gabrielle (Netflix’s The Chilling Adventures of Sabrina). Variety also confirms that Fleischer is now locked in as director.

No word yet on who the newcomers will play, but come on – Banderas has to be playing the villain, right? Perhaps Hector Alcazar? While Banderas began his career playing dashing heroes in movies like Desperado and The Mask of Zorro, as he’s aged he’s begun doing the bad guy thing more frequently. As for Gabrielle, could she perhaps be playing a young version of Nadine Ross? Of course, both actors could be playing newly-created original characters, but according to Tom Holland, the Uncharted movie has been heavily inspired by the fourth game in the series, so set your expectations accordingly…

If I'm honest, one of my favorite video games ever is [Uncharted 4]…unbelievable. And lots of the inspiration from the film has come from that game in particular.

The Uncharted movie is currently slated for a March 5, 2021 release date. So, what do you think about all this? Do you think Antonio Banderas and Tati Gabrielle are good additions to the cast? Who do you predict they’re going to be playing?