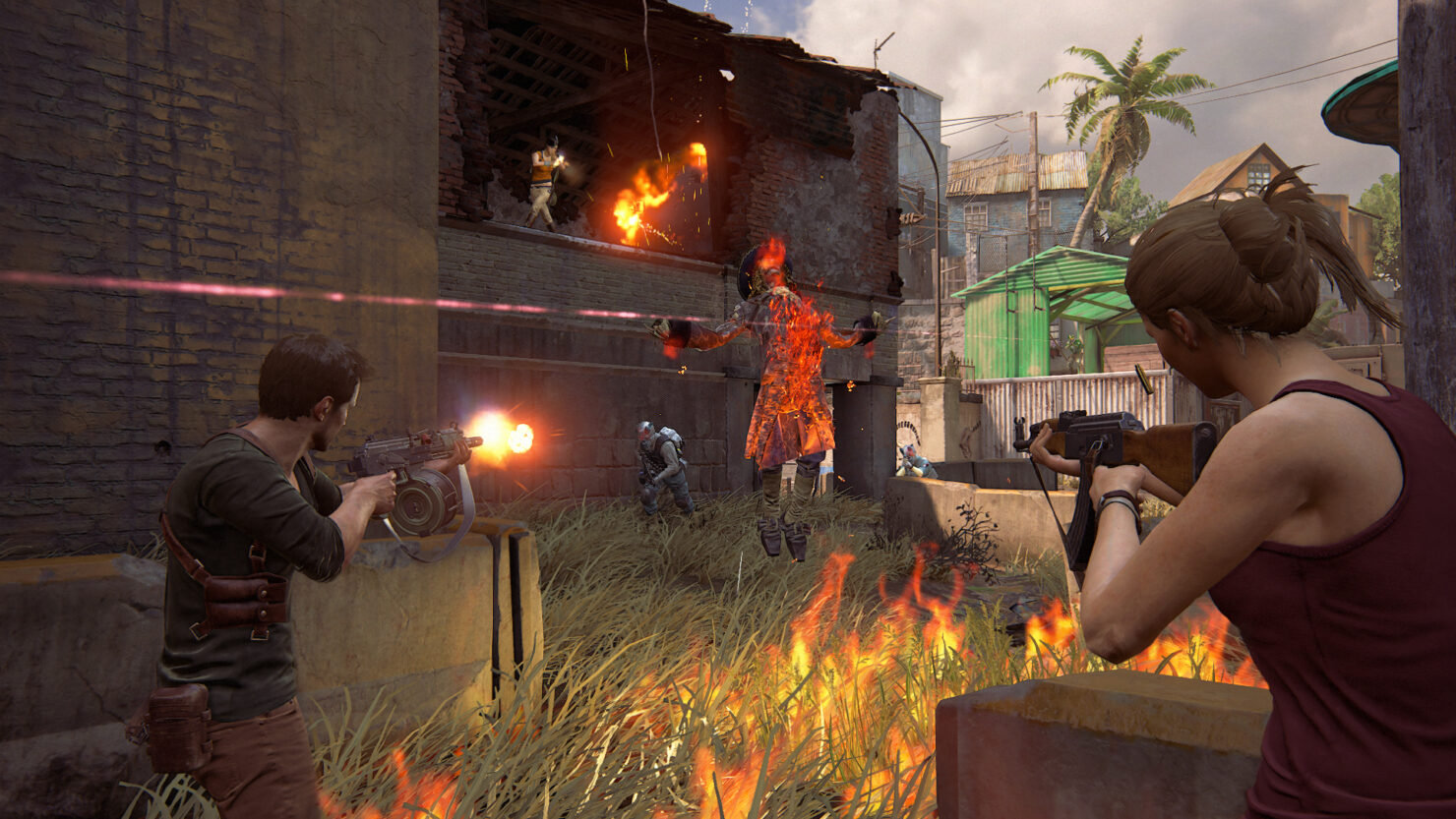 The Uncharted 4: Survival co-op DLC is out today, and it's free. Naughty Dog hosted a live stream yesterday announcing lots of new information on Uncharted 4 Survival.

You can watch the whole recorded video here, but we've highlighted the most important features below. First of all, the patch's download size has been confirmed to be around 3.7GB.

Survival is a wave-based mode where you and up to two friends are pitted against increasingly tough foes, culminating with full-fledged pirate bosses. These are called Warlords and they are inspired by the Founders of Libertalia you might remember from Uncharted 4's storyline; they are equipped with powerful Mystick attacks, so taking them down won't be easy. There'll be one Warlord every ten waves of normal foes.

Uncharted 4: Survival will last until wave 50 and to get there, you'll have to succeed in several different game modes (including a new one for the game, King of the Hill) thrown in the mix. Players will gain in-game cash by completing objectives and taking down enemies, which allows them to buy and equip weapons and gear.

Uncharted 4: Survival will launch with 10 maps, featuring its own progression system. As players rank up, enemies will adapt to their increased power; the DLC also comes with five difficulty modes: Easy, Moderate, Hard, Crushing and Hardcore.

This free DLC is certainly another reason to get back into the excellent Uncharted 4 game before The Lost Legacy hits at some point next year. Naughty Dog's final chapter of Nathan Drake's adventures is a strong candidate for this year's Game of the Year Awards, though we'll have to see if it gets the same amount of universal recognition of The Last of Us when it comes to GOTY awards.

Uncharted 4 was one of the first games to get PlayStation 4 Pro support, running at 1440P (upscaled to 4K, if you have a display that supports 2160p resolution) and also including HDR support.