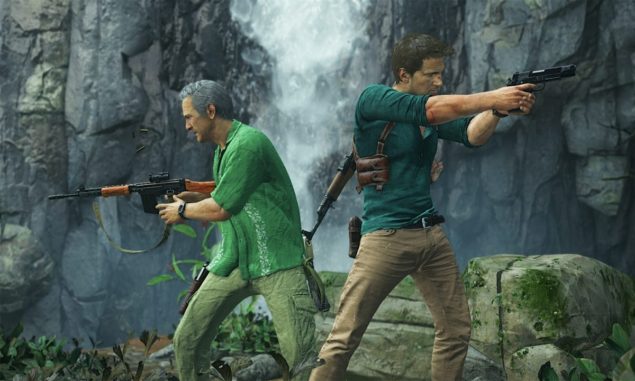 Uncharted 4 is painfully close. It's only about two months until it hits store shelves, which in terms of game development is about as long as - well, let's just say we could insert a rather topical joke about Hitler right here.

Unfortunately for us, it feels much, much longer, and that's partly because this is the moment when marketing gets put into overdrive. Barely a day will go by without some mention of A Thief's End.

The hype, or at least this latest wave of hype, begins now, with the release of a brand new story trailer.

The two and a bit minute video finally reveals what we can expect from the plot of Uncharted 4, and while there's still plenty to learn, it's the biggest info dump for quite some time.

Of course, that's not the only advantage to this latest look. We also get a glimpse at some absolutely gorgeous visuals.

We've seen most of these characters before, but it's nice to be able to see them in new environments, and for longer. Naughty Dog have definitely pushed themselves, and the landscapes are stunning too.

Uncharted 4 will be available to buy on April 26th in America, and April 29th in Europe.

Uncharted 4 Actors Had Their Facial Expressions Recorded; Environments Have 100s of Destructible Objects