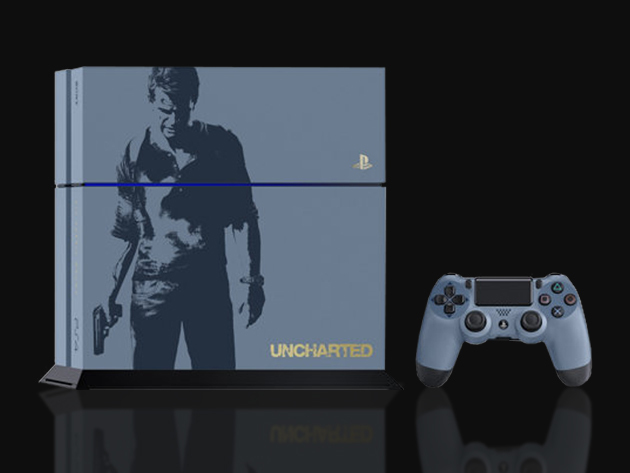 PlayStation 4 Giveaway: At a time when everyone thought consoles were dead, Sony launched and sold over 40 million sets of its PlayStation 4, taking the gaming world by a storm. "People were saying that consoles were dead, and that mobiles and tablets were the only gaming platforms around. But what I see in the developer and publisher community is a sense of returned confidence," Andrew House, president and CEO of Sony Computer Entertainment told the Guardian in an interview last year.

The Uncharted 4 and PlayStation 4 Giveaway

PS4 not only brought in a fully integrated touchpad, but also offered improved design. Top titles, top choice for gaming, you can now win this gamer-favorite console for absolutely free from our Wccftech Deals PlayStation 4 giveaway!

Wccftech Deals is offering you to win not only the PlayStation 4 but also the top title of Uncharted 4. Uncharted 4 is an action packed adventure, promising you a world of combat with single and multiplayer modes. Can't wait to get yourself a PS4 and Uncharted 4, all for free? Head over to Wccftech Deals and sign up to enter!

Does Playstation 4 really need an introduction? Enter to win today and you just may be playing the hottest new gaming releases, watching your favorite shows and experiencing the pinnacle of entertainment right in your living room. Oh, and just for good measure, we'll throw in Uncharted 4, the brand new game GameSpot gives a perfect 10/10 and MetaCritic has surveyed to a 93% rating. Enter. Now.

Sony is not affiliated with this contest. This promotion is in no way sponsored, endorsed or administered by, or associated with, Facebook. You are providing your information to StackCommerce, Inc. and not to Wccftech or Facebook.