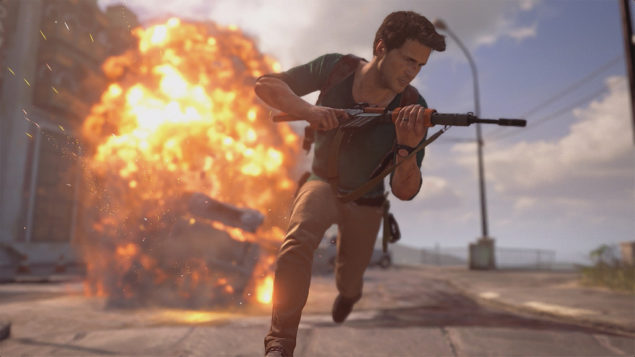 The Uncharted 4 MP beta will begin tomorrow at 17 (5PM) GMT, as announced a few hours ago by the official PlayStation Europe Twitter account.

There will be only one game mode available in this test, Team Deathmatch, but many more will be featured in the full game. As for the maps, the beta will have two while the full game will get eight in total (all of them brand new - there won't be any reimagining of Uncharted 2/Uncharted 3 maps, at least for launch).

The time limit of each match is set at 12 minutes or 35 kills for now, with most matches taking between 8 and 10 minutes according to the developer.

It will be possible to purchase gear such as grenades, C4 and the likes during the match; however, the cash price of a certain item will increase the more you purchase it, in order to discourage players from using specific items repeatedly.

There also seems to be a loadout system similar to Call of Duty's "Pick X". Players will have 25 points to spend, with each item costing a certain amount of points. One of the big new features of Uncharted 4 multiplayer is the addition of sidekicks, which according to Naughty Dog is only possible thanks to PlayStation 4's power.

Players can equip up to three sidekicks at a time, though only one can be active. If you want to change it during the match, the previous one will "die". Also, sidekicks can apparently earn cash on your behalf.

How much are you interested in the multiplayer component of Uncharted 4: A Thief's End? Tell us in the comments.