Uncharted 4 Marketing Campaign Is The Biggest PlayStation’s Campaign Ever

Uncharted 4: A Thief's End is certainly one of the biggest PlayStation 4 titles launching this year, and Sony is sparing no effort to make sure the game is as successful as possible. To this end, the publisher has ramped up its marketing efforts, creating what it's been defined as the biggest software marketing campaign ever for a PlayStation title. 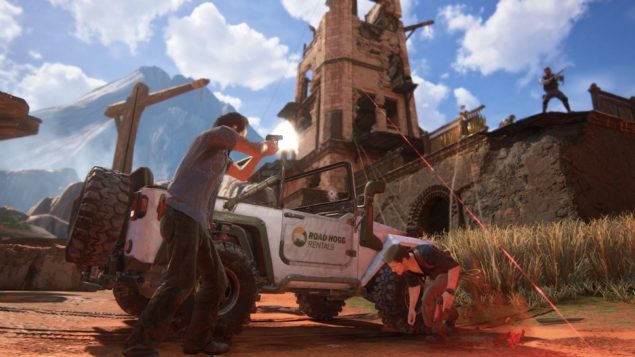 In the latest issue of MCV, it's been confirmed not only that Uncharted 4 marketing campaign is going to be the biggest ever for a PlayStation title, but also that it will feature plenty of innovative in-store marketing that will see protagonist Nathan Drake swinging from a real rope, treasure chest cubes, stand out free standing display units, windows vinyls and more. You can check out an image showcasing Sony's Uncharted 4 marketing campaign right below. 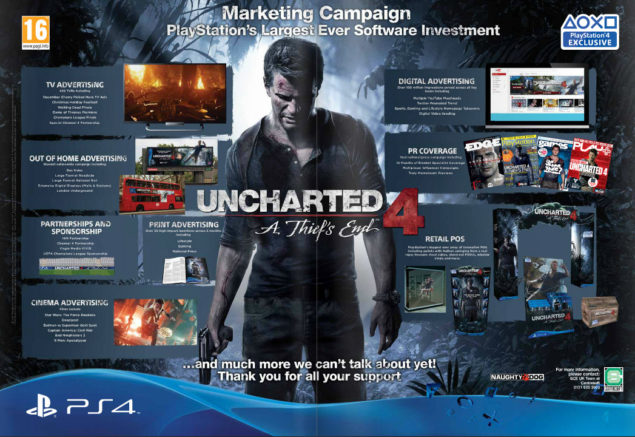 Earlier this week, some early Uncharted 4 copies have started becoming available in the UK. These copies have apparently being stolen while in transit during a violent assault. Some of those who have managed to purchase some of these copies have revealed some details on the first sequences of the game, Photo Mode and the day one update, which is around 5 GB big. Patch notes have also been revealed, confirming that the update adds Multiplayer support as well as several bonus features such as the already mentioned Photo Mode, Render Modes, Concept Art Galleries and more.

Uncharted 4: A Thief's End launches on May 10th in all regions exclusively on PlayStation 4. We will keep you updated regarding anything new as soon as possible so stay tuned for all the latest news.