Earlier, we brought you news about the PS4 exclusive Uncharted 4 running in full hd and churning out a framerate locked at 30 frames per second. According to the recent information that has come to light, the game that was supposedly running 1080p at 30 frames per second is no longer going to be released in 2015. According to the game's directors Bruce Straley and Neil Druckmann, the game is not polished enough to keep up with the "ambitious" response from the fans. Hence has been delayed to Spring 2016 and will help the team meet its followers "High Standards". 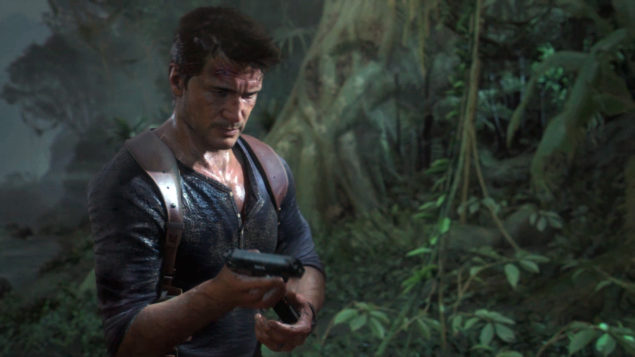 "Come Spring 2016, You and Nate Are In For One Thrilling, Emotional Ride" Uncharted 4 Director

The news comes from the official PlayStation Blog where the author Neil Druckmann happens to be a director for the upcoming game. According to the blog post, after the first gameplay reveal of the Uncharted 4: A Thief's End, the developers have realised that the game's expectations cannot be fulfilled in the amount of time they had. Hence, they decided to shift the release date some months further to Spring 2016. Here's what the blog post reads:

"Since we showed you our first gameplay reveal of Uncharted 4: A Thief’s End, more of the game and story have come together, and it’s become clear to us that this game is much more ambitious than we originally envisioned.

After spending so many years with Nathan Drake, he means a lot to the team, and telling the climactic chapter of his adventures is a task we don't take lightly — this game deserves every bit of the attention to detail, precise pacing, and nuanced storytelling Naughty Dog is known for. So we've made the difficult choice of pushing the game’s release date. Giving us a few extra months will make certain that Uncharted 4: A Thief’s End not only meets the team’s high standards, but the high standards that gamers have come to expect from a Naughty Dog title.

Thank you for your patience — we know the extra wait will be excruciating, but you’ll see it will be worth it as we reveal more about Uncharted 4 over the next year. The team at Naughty Dog will be heads down working through 2015 making sure that Nathan Drake’s story gets the closure it deserves. Come Spring 2016, you and Nate are in for one thrilling, emotional ride.

So, yes it is official that the game is delayed and will be a 2016 release. Do share your views on the game's delay in the comments section.