Uncharted 3 is one of the most highly anticipated exclusives for the PS3 this year, but fans can get an early taste of the combat mechanics of the game by participating in the Multiplayer Beta of the game

There are several ways to get your hands on the beta

2.  In a limited number of copies of Infamous 2 there are Uncharted 3 BETA codes. 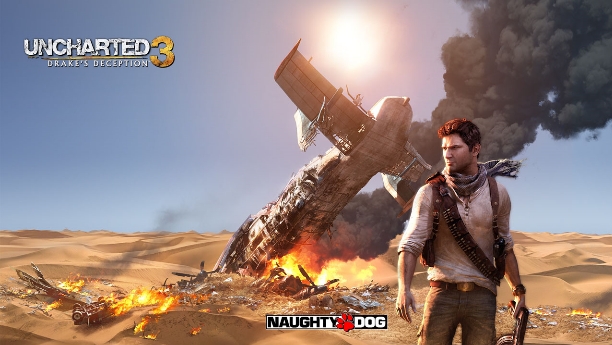 Uncharted 3 beta is good and all but what I really want is an Uncharted 3 single player demo of the cruise liner stage which would be a great gesture from Naughty Dog. Uncharted 2 had a fantastic multiplayer which featured a variety of gameplay modes, weapons, character skins and even a co op mode where 4 players can work together to achieve objectives for points. Uncharted 2 was a great game even the single player story of it is simply amazing, as a fan of the Uncharted series I have to say that if you haven't played this game yet on your PS3 you don't deserve to own any other game this is equivalent to hearing about someone who hasn't played a Halo or a Gears of War game on the XBOX 360, it just doesn't happen. And if it does it is very rare, Uncharted 3 has some spectacular graphics which really show how far the game has come since 2009.

The beta will be public on July 5th

Uncharted 3 will no doubt be a huge hit once it releases in November.