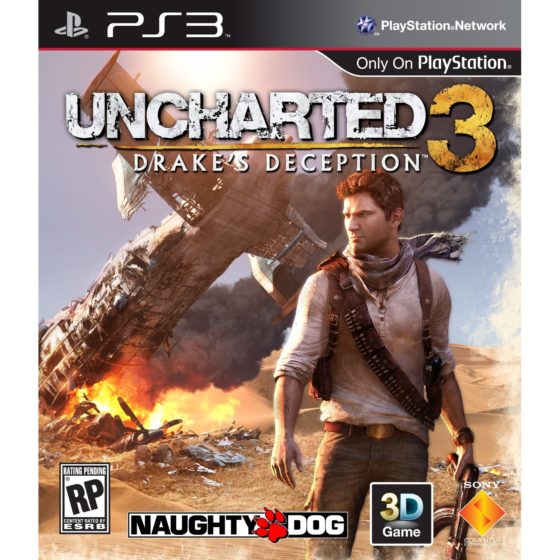 The Issue 57 of Official Playstation Magazine comes with some interesting details on the upcoming Uncharted 3: Drakes Deception game. The magazine features an exclusive look at Uncharted 3, as well as a chat with the developers which details new information regarding story, characters, and sand:

"We've done a ton of research...The way sand blows over and curls over the tops of dunes, the way it displaces and flows - it's almost a liquid" - Amy Hennig, Creative Director

Here are the details:

- Drake spends most of his time exploring the Arabian dunes of Rub' al Khali.

- The game features "all the things you'd expect in a desert" - including sandstorms and mirages.

- The sand creates a 'dynamic environment' for Drake, with altering geography.

- Not all locations are dry and arid; you'll be taken all over the world to places like London and a jungle temple.

- The story is based around Lawrence Of Arabia, and his fascination with Iram Of The Pillars.

- Bike sections are all but confirmed. There's a newspaper cutout in the teaser trailer that mentions motorcycles, and Naughty Dog says "We have a strong tradition of vehicular gameplay, and we try not to repeat ourselves".

- The story to the game is still being written and altered, but villain Katherine Marlowe is part of an secret order that dates back to Queen Elizabeth I.

- Drake's Deception will most likely not be his last outing; "The Uncharted franchise was never conceived as a trilogy"

- "Of course, there are recurring characters from previous games" - I guess that's Elena confirmed, then?

- There's a new melee system, with features like Drake picking up a bottle from a table and smashing it over an enemy's head. There are also new stealth moves and mechanics.

- "We'll be sure to alert everyone if a public beta is in the works this time around".

This is not it, The magazine also includes much more details and new screenshots of the upcoming PS3 game. It's available in stores now so grab it soon.