A screenshot has been revealed on twitter which shows a possible leak of UltraSn0w 1.0-1 which will unlock all the iPhone including iPhone4 with the latest baseband running on on iOS 4.0.1 / 4.0. The version which is leaked is not available yet but its possible that it will be released any time soon. You can see the screenshot below: 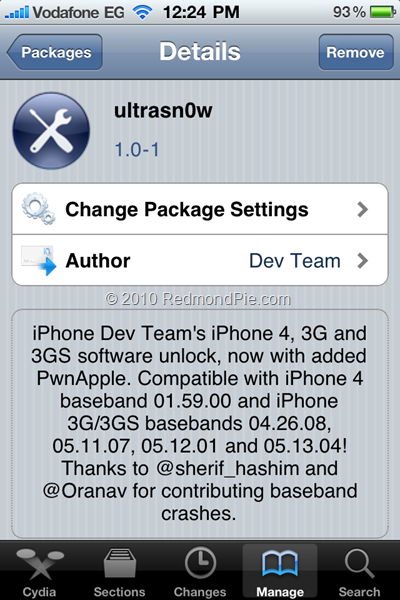