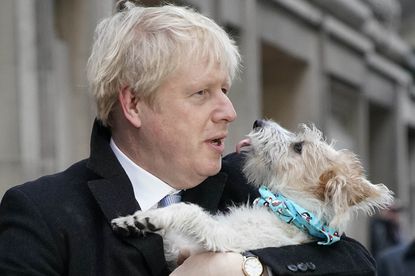 UK exit polls are estimating that the British Conservative party is estimated to receive 368 seats, much higher than was required to secure a majority in the parliament and more seats than the polls were expecting with generous estimates expecting a pick-up of 30 seats but tempered expectations as polls narrowed this week leading up to the polls today. For the UK this will be the largest Conservative majority since 1987 and the era of Margaret Thatcher. Boris Johnson released a statement, "Thank you to everyone across our great country who voted, who volunteered, [and] who stood as candidates. We live in the greatest democracy in the world.”

The UK Labour Party is projected to lose 71 seats and were promising to nationalize the broadband internet network in the Island nation, declaring that it was a right for everyone to have broadband, among other priorities like safeguarding the NHS and promising large spending increases.  This will be the largest Labour loss since 1935. Labour’s response to the exit poll was, "It’s only the very beginning of the night, and it’s too early to call the result." They continued, "But Labour has changed the debate in British politics. We have put public ownership, a green industrial revolution, an end to austerity centre stage and introduced new ideas, such as plans for free broadband and free personal care. The Tories only offered more of the same."

Leading up to the election, UK Labour MP Jonathan Ashworth allegedly told a friend in a recording, “I’ve been going round these national places, it’s dire for Labour… it’s dire… it’s awful for them, and it’s the combination of Corbyn and Brexit…. outside of the city seats… it’s abysmal out there… they can’t stand Corbyn and they think Labour’s blocked Brexit.”  He later walked back the comments. So the loss may not come as too much of a surprise for the Labour Party.

BT, the major UK telecom operator in the country offering fixed line broadband and other services was under severe trading pressure leading up to the election today.  Assuming the exit polls are generally close to the final result this would mean that the shareholders of the company will be able to breathe easier and should see a nice rebound when markets open.  The result, if accurate, is also expected to be good news for tech companies in the UK, which were undergoing pressure with this latest election. The GBP is expected to gain value against the dollar based on the Conservative Party victory, unless the exit polls are incredibly inaccurate, and was trading on a rollercoaster during the election. After the exit poll released the pound jumped 2.1% to $1.34 at 5:05 ET, and rose 1.7% against the Euro as well.

What this might mean for Brexit is that the Conservative Party, with a comfortable majority, will be able to move forward with the exit plan expecting to be completed now at the end of January after the October 31st hard EU exist was scuttled. The stock market should receive a boost tomorrow since this information will also come on the heels of a US trade deal with China, allegedly being extremely close, just waiting on a President Trump signature. It will be quite interesting to watch tomorrow to see what the market thinks about this as the December 15th tariffs are now likely to be postponed or canceled.

Update: Trump tweeted, "The Wall Street Journal story on the China Deal is completely wrong, especially their statement on Tariffs. Fake News. They should find a better leaker!"