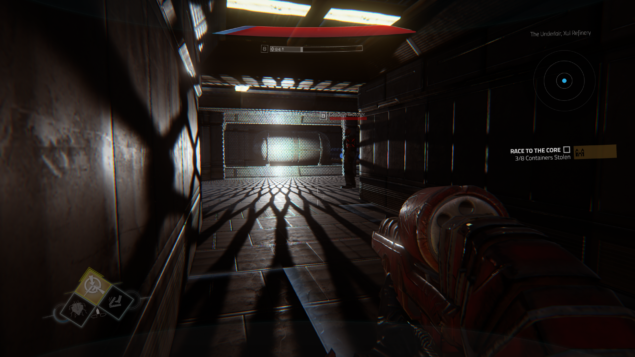 Glory is a Sci-Fi online FPS RPG made with Unreal Engine 4. The game has already been Greenlit by the Steam community and its first look alpha, which will be available to those who have pre-ordered, should be released in the next few months. The full game is planned to be launched in fiscal year 2017 (between July 2017 and June 2018) on PC, PlayStation 4 and Xbox One.

The earth can no longer be saved. In the near future, the outbreak of a War of Apathy sends the planet beyond the brink of disaster, and this global conflict would force all of humanity to share a terrible fate.

The only hope for survival lies on a distant planet, far from the stars we know.

You are a Seeker; one of many explorers sent to find a home for humanity on a world that proves to be as ruthless as the one we left behind. The sprawling wastes of Ferramor will test the limits of the seekers, and they will learn that the universe is not as empty as they had believed. It’s up to you and other Seekers to build a colony for the refugees from Earth, and help humanity to find its glory.

The official website details some of the features of the game, which seems to be very much inspired by Destiny.

At the heart of Glory is a living, social world that is ever changing. New locations, adventures, stories, characters and events are constantly added, boldly changing the way you think about an open world RPG.

With eight core character classes and dozens of primary and secondary abilities, you can truly craft your character's build. And because every character can be any class, trying a new build is just a button press away!

With hundreds of combinations of weapons and armor to find, customise and tailor to fit your play style, you can be sure you'll be hunting down the right fit for your character. Whether you're tracking down the elusive raid set, or want to earn the Ultra set of Champion's Gear in the Omega Court, you can guarantee you'll have exactly what you want in your inventory.

...until you start the hunt for that next piece, of course.

Here's the only available teaser trailer of the game. We'll keep you posted on any updates.