Ubisoft’s Singapore studio, which was founded in August 2008, has focused on developing their own video games for a number of publishers’ biggest franchises. After impressing fans with its work on 10 major triple A games including Assassin’s Creed 3 and Ghost Recon: Phantoms developed during seven years of its course, the studio is now leading development on “one of the biggest Ubisoft projects on console and PC," it was revealed recently at Game Developers Conference 2016. 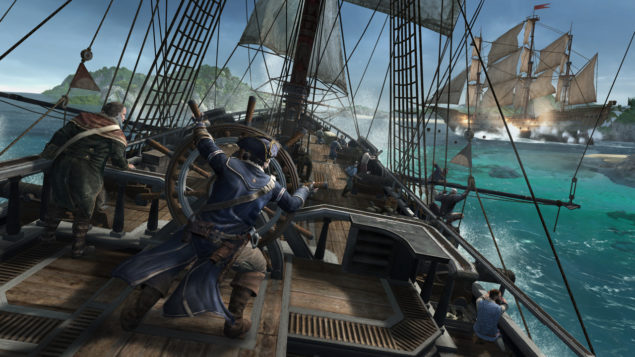 "Our Studio is Leading One of the Biggest Ubisoft Projects on Console and PC,”Says Ubisoft Singapore Managing Director

Speaking couple of weeks ago at Game Developers Conference, Oliver de Rotalier, managing director for Ubisoft’s Singapore and Southeast Asia, announced the opening of Ubisoft’s new game development studio in the Philippines. As part of the discussion about the company’s expansion, de Rotalier talked about the current state of Ubisoft Singapore, and revealed that the team there is currently leading development on one of the biggest projects from Ubisoft for PC and console. He said (via GameSpot):

“We’ve been very happy to be involved in many titles. We’ve built two main expertise in Singapore: one in AAA games, the other in PC online with Ghost Recon: Phantoms. We’ve built 10 AAA games in seven years. And now our studio is leading one of the biggest Ubisoft projects on console and PC.”

Ubisoft Philippines studio is the first major gaming development studio in the country. It allows the multinational video game developer/publisher to expand in the Southeast Asian territory, which, according to Rotalier is "a fast-growing market in the gaming industry" and has a "young and growing population that is very connected and creative." Rotalier revealed that Ubisoft Singapore has a “team with people from the Philippines who have grown in expertise with us.” Some of the Filipino developers from the team “will transfer to the Philippines to bring the Ubisoft know-how, methodology, and knowledge to the studio.”

What do you have to say about the big new PC and console project that Ubisoft Singapore is working on? Share your thoughts in the comments section below.