Uber IPO on the Rocks as US Shutdown Rolls On

As the US government shutdown lurches back and forth like an over-extended ping-pong rally between the Democrats and Republicans in charge of the House and White House respectively, this week has seen numerous stories published as it starts to bite into the payslips of ordinary working Americans with no end in sight. There is however another possible casualty of the shutdown in the shape of the IPO market in general, as well as the Uber IPO in particular.

IPOs are delicate things and the traditional IPO is especially so. This process which sees everything involving investment banks, lawyers, accountants and numerous other players takes quite a while to see through and is particularly sensitive to market conditions given the major amounts of money at stake during the book build process where institutional investors are given the opportunity to put their bids in. Relatively small IPOs may not suffer too much given the small amounts of capital they may be looking for but Uber is likely to be one of the major jewels in the crown of the 2019+ IPO market.

When I wrote about the Uber and Lyft IPO filings in early December 2018 (here) and mentioned the tough times that may be on the horizon for the two ride hailing companies, we were of course looking at overall market conditions given the volatile state of end of year trading, particularly in the technology sector given the ongoing rumblings of trade wars and general concern about the state of the world economy. Since then of course, the US government shutdown has come into play and with some estimates putting it at costing the US economy approximately $2 billion/week a prolonged shutdown will only play out to the detriment of the wider market (although those who ran the volatility play in 2018 will be massively in the money and likely continue to be so).

Of particular concern to Uber will be the fact that as part of the 15% stake in the firm that SoftBank (TYO:9984) took last year, it was due to have 2 board members appointed to Uber. Those nominations to the board went to the Committee on Foreign Investment in the United States (CFIUS) which looks to make sure that foreign investors don’t exert undue influence on corporate America. There’s no reason to think that the SoftBank nominees wouldn’t get approval however the due diligence involved in a CFIUS review runs at a snail’s pace at the best of times and given that it is part of the Treasury Department which is currently being hit by the shutdown, it may be being held up even further. 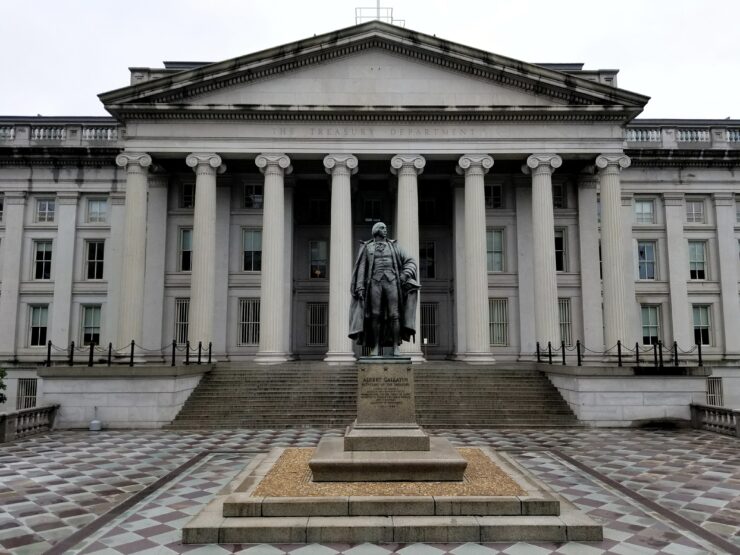 The Treasury is caught in the US Government Shutdown...

It is of course likely that Uber will be continuing in its preparations for the IPO despite this setback but board oversight of the IPO process should be extensive and to continue too far down the track without board representation from its single largest shareholder may be frowned upon given the previous commitment to the IPO timetable (2019).

What is interesting to see is that the Uber does appear to have dialled back its commitment to a 2019 IPO slightly in recent press statements. Whether SoftBank is exerting some of its shareholder muscle and seeking to slow things down until it can properly oversee the process from the board, or whether other factors are at play is unclear at this stage however.

It’s no great secret that IPOs are hit in times of economic turmoil and recession. We’re not in a recession yet but certainly the odds of one hitting in the next 18-24 months seem reasonable with many economists predicting a downturn given the combination of factors such as trade wars, Brexit, Chinese debt black holes, yield curve inversion, raising US interest rates and being in the midst of one of the longest bull runs in history all serve to add straws onto the camel’s back.

A US government shutdown also means that close to a million US workers are not getting paid (although their back pay being guaranteed as usual will help). Combined, these people probably represent over half a percent of US GDP from a pure number of people perspective although they are likely more than that given that they’re probably not on burger flipping levels of income. A prolonged shutdown (already the longest on record) has the possibility to seriously hit US GDP numbers and as farmers and others start to struggle given the lack of compensation payments from the Department of Agriculture following tariff impositions as well as government contractors potentially losing out on back pay, the toll of the shutdown economically will only grow. 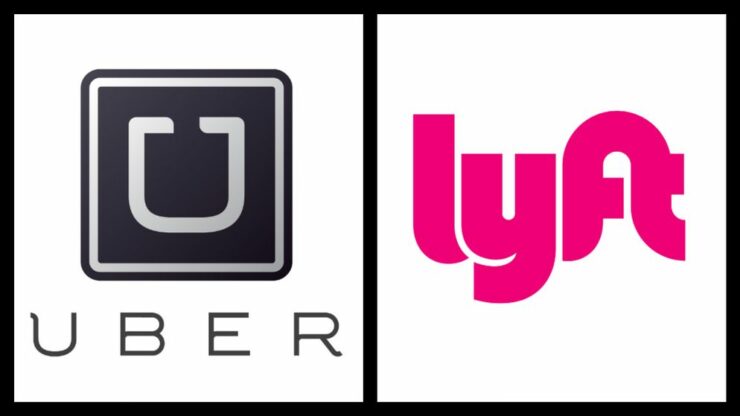 Both racing for an IPO...

Given Uber’s size, it would probably still be able to attract suitable investors to go public even in the midst of a recession (should one hit) but the likelihood of lofty $120 billion dollar valuations may take a hit. It’s unclear whether SoftBank needs the cash boost from its Uber investment going public but it’s certainly possible given the leveraged nature of the Vision Fund. A significant drop in valuation may be the other reason that the IPO talk is being dialled back somewhat and Uber has confirmed that it doesn’t need to raise capital to continue operations given it has a strong balance sheet.

The VIX (INDEXCBOE:VIX) is an interesting index. Commonly known as the fear gauge or fear index, it measure volatility in the S&P 500 as calculated by working out the implied volatility of option prices on S&P 500 options. A relatively volatile measure in itself, it should be remembered of course that the VIX, although being heavily associated with fear is also representative of potential upside movements as well as downwards.

The major winner for investors in 2018 was the somewhat problem child of the investing world, namely volatility itself. Although most investors are more concerned with picking good and bad companies appropriately and volatility is usually a form of insurance, it was the standout market performer of 2018, particularly given the shocking Q4 the market had. A shutdown also plays into volatility given its possible hit on the US economy and analysts are already talking about the companies likely to be less hit by a prolonged shutdown such as basics and staples providers. If the trade war negotiations don’t result in a positive outcome soon (remember, the current hiatus in tensions was only put in for 90 days), the likelihood of a global downturn goes up, as does the prospect of a disorderly Brexit and other factors.

In this scenario, owning volatility may be the best way to start out 2019 as an investor…