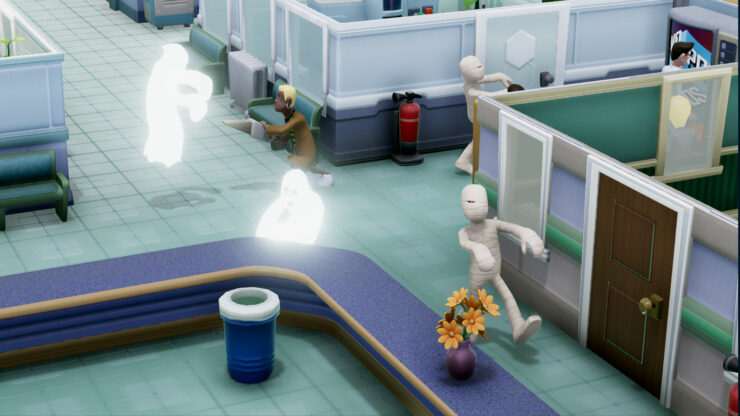 If you've been itching to take a look at Two Point Hospital in motion since its announcement last month, we've got just the thing for you.

Two Point Hospital is due to hit PC (Steam) in late 2018. Interestingly, according to a recent FAQ shared by the studio, there will ways to either collaborate or compete with other players in some elements of the game - more on this feature will be announced at a later date.

Design Your Hospital
Build and customise your hospital - it is yours after all - with specialist diagnosis and treatment facilities, as well as the very latest in ornamental technology!

Cure Your Patients
Feeling light-headed? Just wait until you see the other unusual illnesses afflicting the people of Two Point County. Care for, and profit from, the ill: that seems like it’s probably a win-win. They’ll need feeding, entertaining and curing if they’re going to recommend you to all their equally unwell friends! That cash isn’t going to make itself, now.

Manage Your Staff
Hire your staff, juggle their demands and cater to their personalities. Train a crack team that can handle every sickly challenge that’s thrown at it, and fire anyone that can’t.

Collaborate and Compete with Friends
Once you’ve conquered the world with your medical empire, contribute to Two Point County’s global medical community with collaborative research projects, or demonstrate your medical prowess in competitive multiplayer challenges.