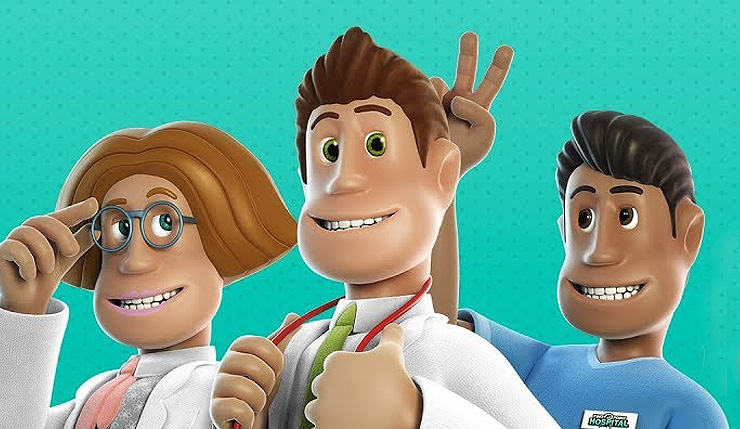 A few months back Sega announced the critically-acclaimed management sim Two Point Hospital would be coming to consoles in the latter half of 2019, but the game missed its appointment. Don’t worry though, the doctor will be in soon, as Sega has revealed a new early-2020 console release date. You can check out a quick new Two Point Hospital trailer, below.

Here are a few more details about the console version of Two Point Hospital:

Build your epic healthcare empire in the atypical world of Two Point County, by customising your hospitals, researching (119!) unusual illnesses, curing patients and training staff. At launch, Two Point Hospital on consoles comes with the first two critically acclaimed expansions 'Bigfoot' and 'Pebberley Island', which gives players a total of 21 regions to explore. To ensure the best gameplay experience across all platforms, Two Point Studios have rebuilt the PC control scheme for console gaming which guarantees smooth play for both on the go and on the couch gaming.

Haven’t had a chance to try out Two Point Hospital? You should be excited the game will soon be easier to play, as Wccftech’s Chris Wray named it one of the best strategy games of 2018...

The waits highly realistic, even if the ailments aren’t. From psychological issues that lead people into believing they are rock stars, to others with buckets stuck on their heads – these people clearly need a fully-functioning hospital. All of this is glued together with a polished hospital building and administrative game, where you will find yourself taking care of even the smallest details – such as the temperature in a room and the prices of food and drink at your shops and vending machines. Two Point Hospital is one of the best management games to have been released and a fantastic spiritual successor to the legendary Theme Hospital.

Two Point Hospital is available now on PC. The game hits the Xbox One, PS4, and Nintendo Switch on February 25, 2020.