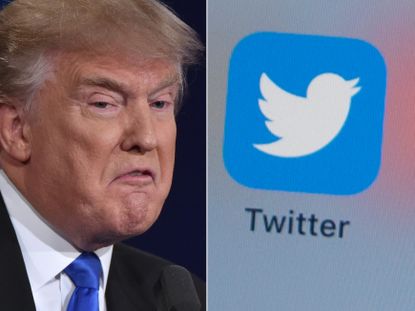 Twitter (NYSE:TWTR) is the dominant social media platform when it comes to the exchange of political views, catering to nuanced flavours and diverse viewpoints. However, now a controversy has erupted that threatens to unravel the current paradigm in which tech titans – including Google (NASDAQ:GOOGL, Facebook (NASDAQ:FB), and Twitter – operate.

Update: The Executive Order Targeting Twitter and Other Social Media Companies Has Now Been Signed

President Trump has now promulgated the pertinent executive order that attempts to increase the regulatory oversight of Twitter and other social media companies. The actual order is virtually identical to an earlier draft that we've detailed below. Our readers will be able to access the original document by clicking this link.

What is All the Brouhaha About?

Twitter sparked President Trump’s anger on Tuesday when it attached a fact-checking label to his tweet regarding the likelihood of a wide-ranging electoral fraud through mail-in ballots.

....living in the state, no matter who they are or how they got there, will get one. That will be followed up with professionals telling all of these people, many of whom have never even thought of voting before, how, and for whom, to vote. This will be a Rigged Election. No way!

This marked the first instance of Twitter employing these fact-checking labels for news that is not related to the ongoing coronavirus (COVID-19) pandemic. Of course, the reaction from the President was both swift and severe. In a barrage of tweets, Trump accused Twitter of stifling free speech and expressed readiness to take corrective actions.

....happen again. Just like we can’t let large scale Mail-In Ballots take root in our Country. It would be a free for all on cheating, forgery and the theft of Ballots. Whoever cheated the most would win. Likewise, Social Media. Clean up your act, NOW!!!!

White House officials intimated on Wednesday that the President will sign an executive order related to the social media companies on Thursday. Reuters was able to examine a draft of that executive order and its stipulations are as follows.

In a sweeping paradigm shift, the Federal Communications Commission (FCC) will be required to clarify existing regulations and propose new ones related to the Section 230 of the Communications Decency Act – a key federal legislation that exempts social media companies such as Twitter and Facebook of legal liability arising from the content posted on their platforms. This would mark a fundamental shift, potentially exposing these companies to an endless barrage of lawsuits from individuals and entities that deem such content libelous or false.

The order will also call upon the FCC to examine whether a social media platform’s moderating policies clash with its terms of service and if a platform uses deceptive policies to police its content.

Moreover, the White House Office of Digital Strategy will deploy a tech bias reporting tool that will collect pertinent complaints from the American citizens and then refer these complaints to the Department of Justice and the Federal Trade Commission (FTC) for further processing and redressal. Obviously, this step will markedly increase the regulatory glare on the day-to-day operations of Twitter, Facebook, Google, etc.

As another layer of regulatory oversight on Twitter and other social media companies, the executive order will require the Attorney General (AG) of the United States to establish a working group of state attorney generals (AGs) for monitoring the compliance of social media platforms with state laws that prohibit the employment of deceptive and unfair actions and policies when it comes to the moderation of content.

Finally, the order will require the government agencies of the U.S. to monitor federal spending on social media platforms under the purview of free speech restrictions that any platform imposes. In this regard, the head of each agency will be required to furnish a report to the Director of the Office of Management and Budget within 30 days of the promulgation of the executive order. Again, this measure will add additional regulatory glare on the operational conduct of Twitter and other social media companies.

It remains to be seen how similar the actual executive order will be to the draft viewed by Reuters. Upon the promulgation of the order, we will update this post promptly. So, stay tuned.