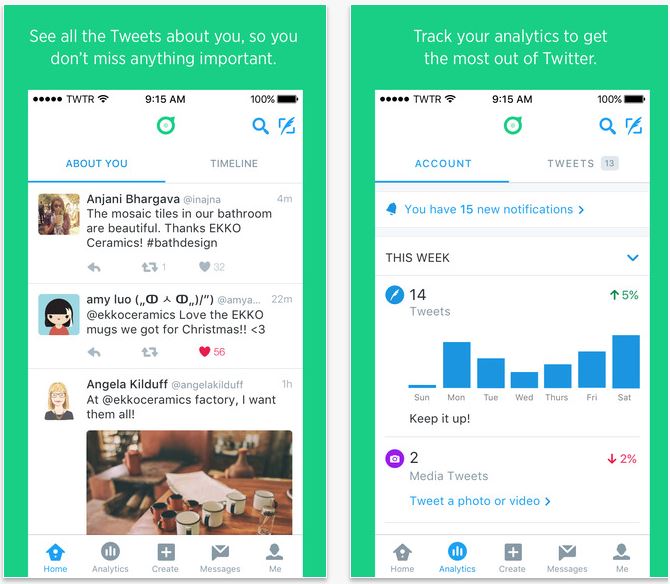 Twitter is diversifying its microblogging service to abundant fields, instead of being just the hub for breaking news. It seems that the company is seeking room to expand into various niches. Now, Twitter has launched a new app on iOS called Dashboard, which is aimed at managing business accounts. With this app, you get a whole lot of features that are absent on other apps like TweekDeck. So let's dive in to see a Dashboard in a little more detail and see what further extensions are available for businesses when it comes to managing accounts.

Dashboard For iOS Launched In The United States

One of the major feature in Dashboard is the ability to view tweet-by-tweet analytics. It goes on by a comparative approach to see how one tweet performs versus the other. Moreover, the app also enables users to schedule tweets to be sent at a later time set by the business. Other than this, Twitter's new app allows businesses to receive notifications on Twitter mentions based on keywords. This will allow you to know what is being said without users mentioning them directly.

For example, if you work at a restaurant, a tip like, “Your team is as unique as your business. Tweet a surprising fact about one of your team members,” might remind you to share some recent recognition your chef received. Or, if you’re an interior designer, seeing, “Share the love. Like and Retweet kind words from your customers,” might prompt you to Retweet a customer’s excited reaction to one of your recent projects.

Twitter's Dashboard provides easy access for businesses to respond to  users who are talking about them. Users can simply construct a custom feed that instead controls hashtags and keywords, for instance your business or product names. Overall, Twitter's new business account managing app creates a much cleaner and more seamless way considering the consumer and business relation. There are endless utility possibilities considering what users want and what is the business' response to a specific action. 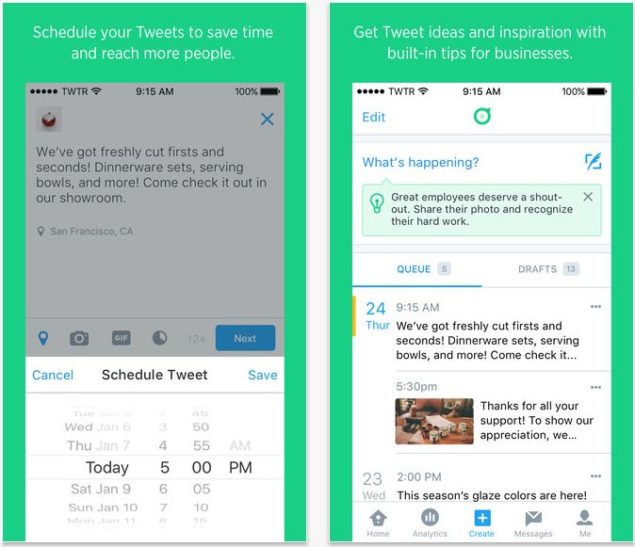 The Dashboard app makes it easier for businesses to manage and use new and existing tools all in one place. It also acts as a Twitter client, allowing businesses to tweet and reply to direct messages, view profile, retweet and many other things right from within the app. The app is launching in the United States and is also accessible at dashboard.twitter.com. Twitter Dashboard is available on the App Store as a free download. So if you're interested, be sure to download it right away.

What are your thoughts on Dashboard? Let us know in the comments.