Sharing a tweet has now become super quick and easy thanks to a brand new feature in the official Twitter for iPhone app.

Twitter has enabled a brand new feature that lets you share a tweet to your Instagram Stories using a couple of taps, nothing more. Previously, users had to take a screenshot in order to do it, and it is one of those things that might cringe you out or those who are looking at it. Even Twitter was salty about it when they made the official announcement about it.

The way this whole thing works is absolutely simple. Just tap on any tweet, then tap on the share button and then tap on Instagram Stories. That's all you have to do.

Twitter will ask you for permission before launching the Instagram app, and obviously you need the app installed in order to make the whole magic happen. You obviously knew that before you came here. 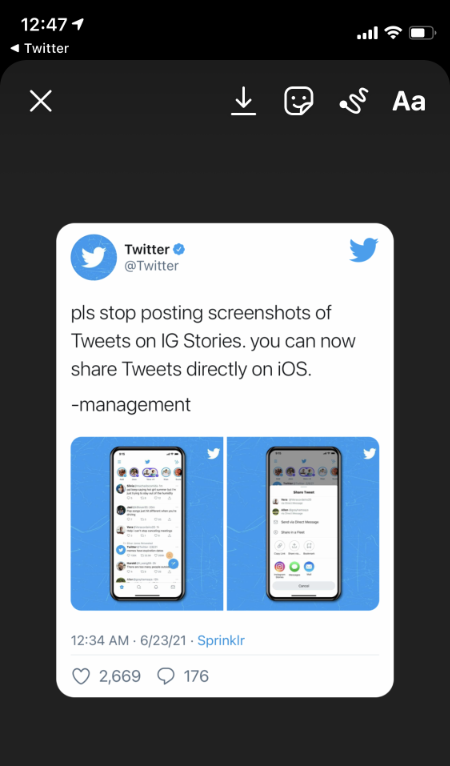 In case you are not aware, you can do the same thing on Snapchat as well which is a nice little touch if you want to quickly share one of your favorite tweets to the rest of the world. Trust me, taking screenshots is not a great solution as you end up polluting your Photos app with unwanted images of... tweets.

Let us know what you think about this feature in the comments section below. How often do you see yourself using this feature?