After working hard at introducing an edit tweet button, Twitter has seemingly pulled off another move, a move that might not receive the proper reception. The company has decided to copy none other than TikTok and introduce an everlasting scroll of videos. The company announced in a blog post that it is updating the video player to be "immersive," this means that tapping on a video will make it full screen, and if you scroll up, you will "start browsing more engaging video content."

In addition to that, Twitter is also adding a video carousel to its Explore tab, which will show you "some of the most popular videos being shared on Twitter."

The company has said that the "immersive media viewer" is going to start rolling out to the iOS Twitter app over the next few days and the videos on the Explore tab are "currently available to people in select countries” who are using iOS or Android. 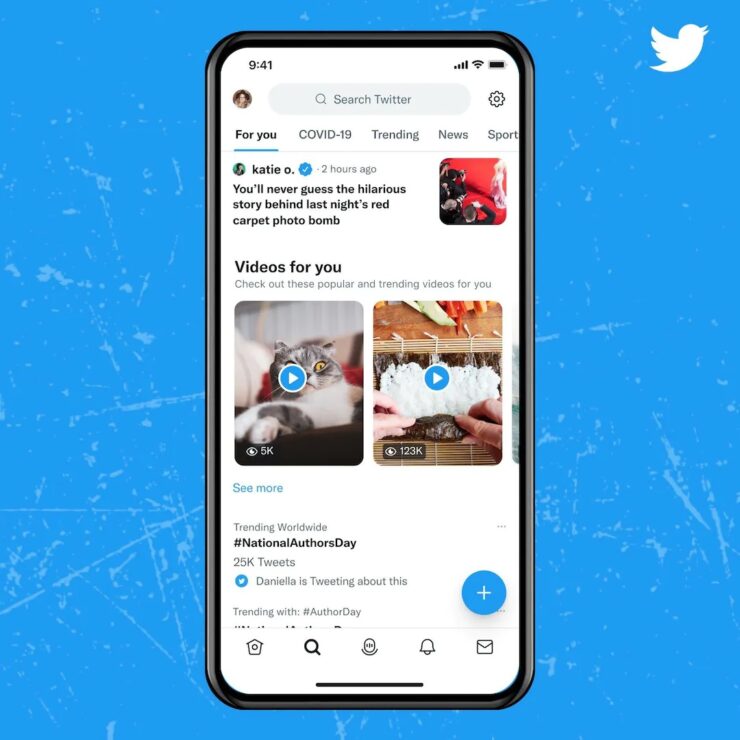 Thankfully, Twitter has decided not to go all-in when it comes to copying TikTok like some of the other companies have, but it definitely is a big change. So far, videos on the platform have been largely treated as just parts of tweets, but now they are becoming an entirely new thing, and we are not sure how this is going to hold for most of the users. Having a dedicated tab just so you can explore videos? I am honestly not sure how that is going to work, but hey, we will wait and see how the users react to this.

Do you think this is something that you would enjoy using, or should Twitter just stick to how it has been working?