Social media websites, especially the bigger ones like Twitter and Facebook are constantly used to harass and malign people. For long, users have requested these tech corporations to safeguard their users from abuse of these online spaces. Today, Twitter has finally announced to introduce new anti-harassment tools to make it easier for users to report abusing and threatening accounts. 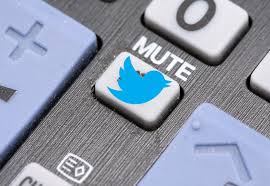 Due to the largely public nature of Twitter accounts, it is easier for users to make troll others. This harassment goes beyond just the light and funny side as it gets many a users into serious privacy threats. While it offers to block users or mute them, it puts entire onus on the victim keeping the trolling accounts alive. The report system on Twitter (and Facebook too as the matter of fact) isn't pretty dependable, however, we hope to see that changing with Twitter's statement of soon rolling out new anti-harassment tools.

Twitter is aiming to make the process of reporting simpler and faster than before. Users will now have a dedicated page to see who has been blocked and reporting abuse will be much swifter now too to help dealing with abuse online. The important point here is faster response time which Twitter promises thanks to some behind-the-scenes improvements made. Here is a snippet from Twitter:

We’re improving the reporting process to make it much more mobile-friendly, require less initial information, and, overall, make it simpler to flag Tweets and accounts for review. These enhancements similarly improve the reporting process for those who observe abuse but aren’t receiving it directly. And to enable faster response times, we’ve made the first of several behind-the-scenes improvements to the tools and processes that help us review reported Tweets and accounts.

Twitter has released the new Twitter anti-harassment tools to only a selected few; it will be released to public in coming months.