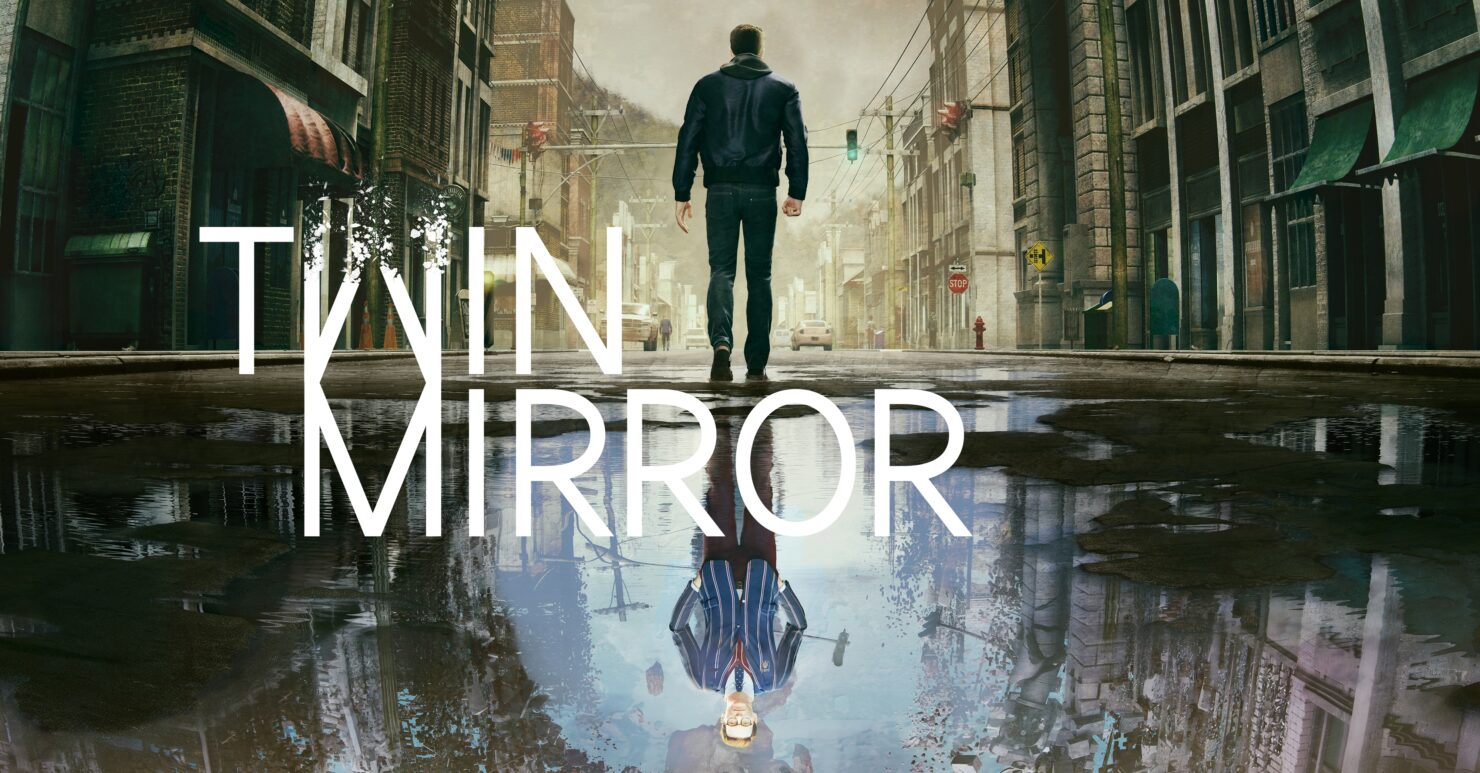 Dontnod Entertainment are pretty busy at the moment. If they're not being successful with Vampyr, they're releasing The Awesome Adventures of Captain Spirit, which is awesome, as a buildup to Life Is Strange 2. In addition to Life is Strange 2 (read Rosh's preview here) Dontnod are also working on Twin Mirror, a game that looks like it'll continue their trend of compelling stories with interesting characters. 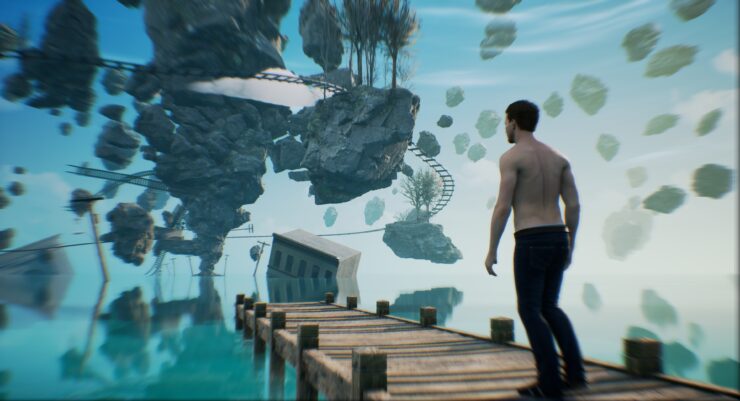 What's immediately captivating about Twin Mirror is the story, or rather the potential story. It comes across as Alan Wake meets Sherlock with a side of Twin Peaks and Remember Me. The latter two in particular from the main gameplay element, Sam's 'Mind Palace'. Rather than entering your mind palace and remixing memories to meet your goal, as in Dontnod's debut title, Remember Me, you're going into this to solve a puzzle.

The puzzle in question for this Twin Mirror demo is "What in the hell happened last night?", though how it starts alludes to more. You play as Sam, an investigative journalist with a seriously sore head. Upon waking up you groggily get up and attempt to head to the bathroom. A strange man stops you, recommending that you don't go in there. Naturally, you'll tell him that you won't listen to him. After all, he can't stop you - he doesn't exist.

Wait, what? He doesn't exist? Indeed he doesn't. This is the mysterious man that lives inside of Sam's brain. Officially he's called 'The Double', but I prefer Al. Is Al the visible manifestation of an alternate personality of Sam? Is it Sam's brain just trying to reason with him or guide him? What exactly he is, well I don't know and the developers weren't wanting to spoil the surprise. I can appreciate that. I like him anyway, he was right when he told me not to go into the bathroom. 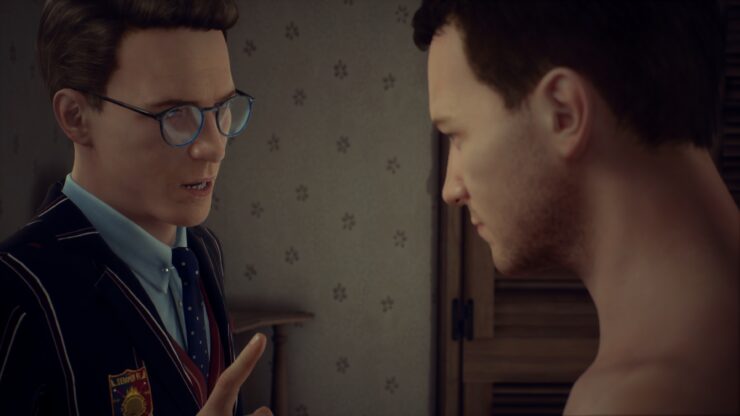 Why? Because it's a bloody crime scene. Quite literally. Your white shirt is in the sink and it's a mess. Either you went rolling around in a slaughterhouse or you've murdered a particularly bleedy haemophiliac. It's a shocking sight, that's for sure. It's an unnerving sight, your voice is shaking as you ask what's happened. Al did try to warn you. Now there are some very important questions. How did it get there? That's what you're going to figure out. How will you do that? By entering your mind palace of course!

In the mind palace, you try to piece together the events of what happened based on what you find in the real world. Certainly a lot easier than physically moving everything around - plus you don't have to put everything back when you inevitably mess up. And mess up you will. Initially, you have the assumption that you stumbled into the motel room and passed out in bed. Then, following the firing of that one currently working neuron, you realise that you couldn't have done that - you'd still have your shirt on.

You can swap between the mind palace and real world at whim. As you find more clues in the real world, more options become available in the mind palace. Letting you piece together the events that lead up to whatever situation you're in. Find a mark on the wall, look down from there's your mobile phone, in a very bad way. They now enter the mind palace. How did the phone hit the wall with such force? Were you frustrated by a particularly difficult match on Command and Conquer Rivals and threw it out of anger? Maybe the phone became sentient and decided to end it all.

That's for you to figure out, testing each hypothesis in your head until one is plausible. Of course, neither of the above is a hypothesis featured in the game, but there are a few to check. Naturally, you received a text and attempted to phone the person up. You didn't realise the battery was on 1%, the phone died. In your somewhat unstable state, you angrily threw it at the wall. That text could be very important to the events before the hotel room, though that's not in the scope of this demo. 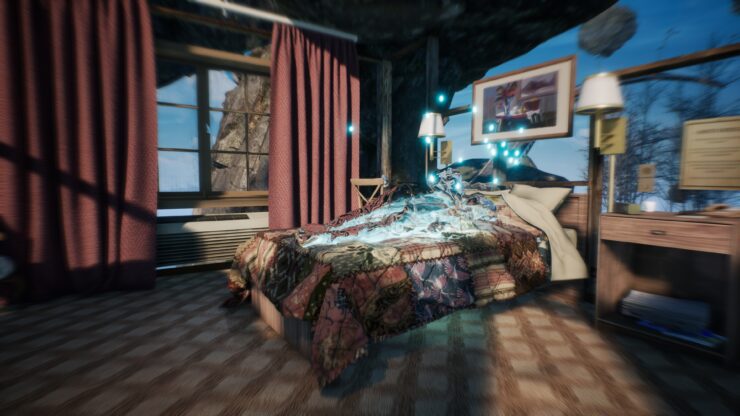 Keep looking around. Check the TV and remote, look at your bag containing two unnamed handheld consoles (Vita and 3DS? Maybe a Switch!). Piece together everything you can. What did you do before going to bed? Did you watch some TV? No, the TV would still be on. Eventually, you'll figure out what happened before you passed out. It's driven by looking at what should be the biggest clue - the shirt.

What happened last night then? Well, we don't know how the blood got there. What we do know is that you got to your motel room in a mess, dropped your stuff, staggered into the bathroom and noticed the blood. You then failed to wash off the blood. Giving up on that as a lost cause, you went to bed and looked at your phone. There's a text about somebody being missing,  you attempt to make a phone call, the battery is dead and you smashed the phone out of frustration. Puzzle solved.

It's this gameplay I'm a little sceptical about. Investigations haven't necessarily been the most enjoyable parts of any game in the past. From the Arkham series' more annoying ventures, even to games like L.A. Noire that relied on them, one issue has remained. The problem is, how do you make these elements walk the fine line between letting you mess up and succeeding? Too many random elements and you can throw the player off. Not enough and the sense of accomplishment for actually solving a puzzle is lost.

I can't speak to what it will be like in the final release, this was just a small introductory puzzle to introduce elements of the game. What I do hope is that puzzles will allow for mistakes, rather than force you to find the exact events, placing them in the right order. There are extra elements and red herrings, we've seen that already, but how much of an impact will they have? That's going to be the question Twin Mirror eventually has to answer. 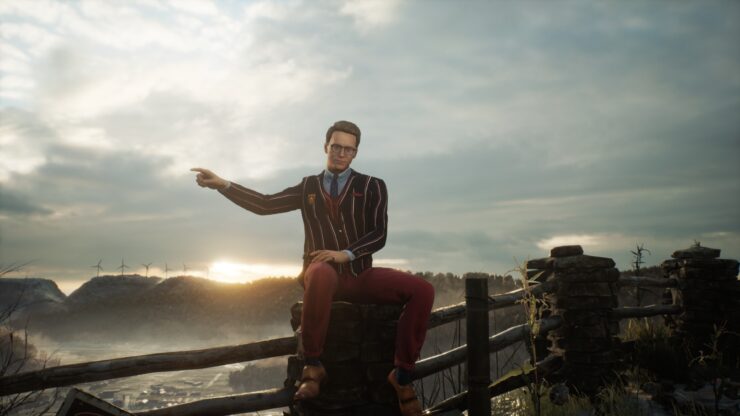 The story shown may not have been world breaking. Effectively, in your unstable state, you took off your shirt which was covered in blood and failed to wash it. Then you passed out in bed after wrecking your phone. Why was it covered in blood? Who's the mysterious not-real person who speaks to you? Honestly, I was thinking it was a bit Devil's Advocate-y thanks to Al. That's until I got to speak to the people from Dontnod, that interview will be published shortly.

Twin Mirror is compelling. While the case of the bloody shirt may not be to Arthur Conan Doyle's standards, it's certainly an interesting entry. The core elements of gameplay have been introduced. I learned that Myself and Sam have things in common (drink) and that Sam's personality disorder is flaring up. I'm certainly looking forward to seeing more from the game and playing the first episode. Twin Mirror is slated for a 2019 release for the PC, PS4 and Xbox One.