Twenty Minutes to Explore, Trap and Kill – The Culling Announced 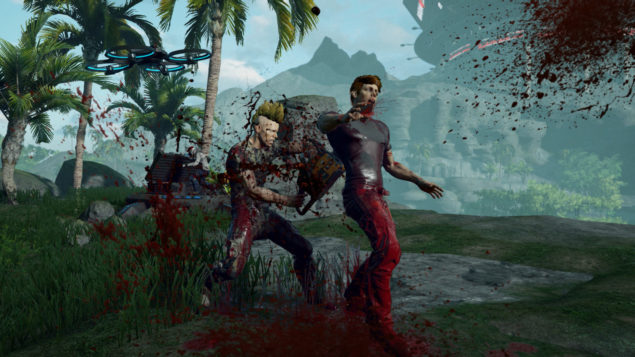 Imagine something crazy, like instead of letting children kill each other in The Hunger Games, they used actual people instead. That's the basic premise of The Culling.

You have 20 minutes to scavenge, explore, craft weapons and set traps. Oh, and kill the 15 other contestants. Like Spanish Sean Connery said in Highlander: "There kin be only wun." By the end of the match, a lone survivor must remain.

I asked a small, talented team to come up with their dream game and gave them the autonomy to build it. The Culling is the result of that effort. It has been the highlight of my career!

Based upon a number of mods to games like H1Z1 and DayZ, this standalone title does what it's amazing no game has done before - emulate that Battle Royale feel within an individual title.

The mixture of death match type rules and basic crafting and survival - as well as a harsh time limit - will mean this is definitely an interesting concept if nothing else.

Also, you can chainsaw people. And push them over cliffs. When will you be able to take part in this digital bloodbath? The Culling will come to Steam's Early Access program from March 8, 2016.

The Culling: Origins Has Been Revived for Xbox One; PC Attempt Still in Progress