Tweetbot is a popular third party Twitter client and recently the app has undergone a major upgrade. Tweetbot 4 is now available to download from the App Store with new features and updates. The update Tweetbot version 4.0 has been released on 1st October focusing on major enhancements and the addition of new features for both the iPhone and the iPad. 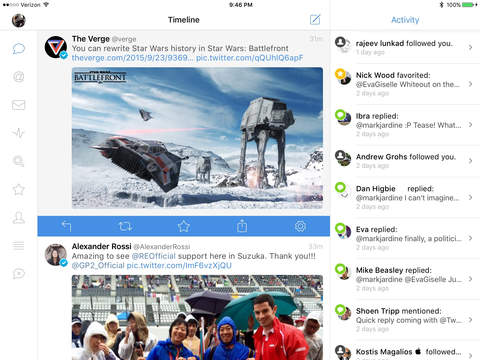 One of the most important upgrade in Tweetbot4 is its universal support for the iPad. The release marks its debut on the iPad with a redesigned UI. Even though a lot of visual changes have been included in the iPad version of the Tweetbot 4, developers have not unremembered the iPhone version.

So let's dive in to see what major changes have been part of the Tweetbot 4 update on iPhone and iPad.

As we have mentioned earlier, Tweetbot 4 is a universal app, designed for all devices running iOS 9 or later versions to come. The bevy of new features introduced, apart from native iPad support includes Quick Reply from notification banner, redesigned profile views, landscape support, split-screen multitasking on the iPad Air 2 and iPad Mini 4. Statistics and Activity Analysis are new tabs introduced for various tracking reasons along with many other features. 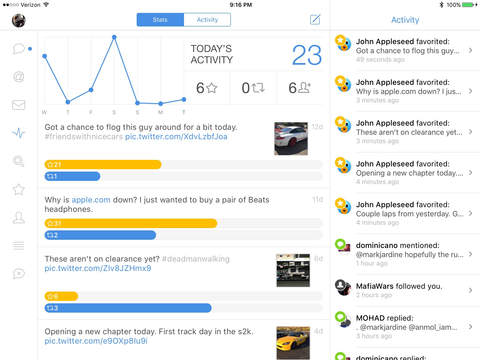 The user interface changes introduced contribute for a much more seamless and consistent experience on Tweetbot 4. The landscape feature is available on all devices like the iPhone, iPad and the iPod Touch. Apart from this, the update also introduces an all new Activity and Statistics Analysis view. For those of you who love keeping track of their activities, users can now see details of favorites and retweets at once even when you're on your Wi-Fi and not the cellular data. 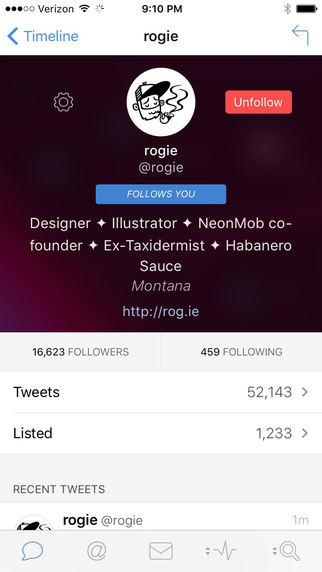 The purpose of Activity and Statistics analysis is to acquaint users with how popular their tweets are, the number of followers they have and how many they get each day. The Activity graph shows your growth over the week. It's a pretty decent feature that would enable users to eyeball their activities over a certain period of time. 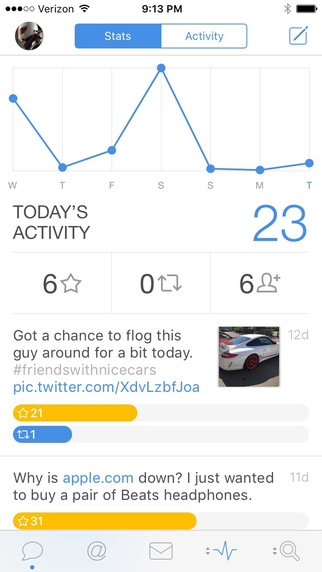 Other minor updates in the Tweetbot 4 are a great deal too, like mute filters with rich settings and the ability to reply to mentions and other aspects of notification on Twitter. The direct reply feature is pretty handy when it comes to time saving situations. The Tweetbot 4 app is available on the App Store for $4.99 as a 50 percent launch discount and existing users of Tweetbot do not have an option to upgrade without a cost, the app is a separate download for all.

Download Tweetbot 4 for iOS on your iPhone or iPad and share your thoughts in the comments about the new features and improvements introduced in the app.