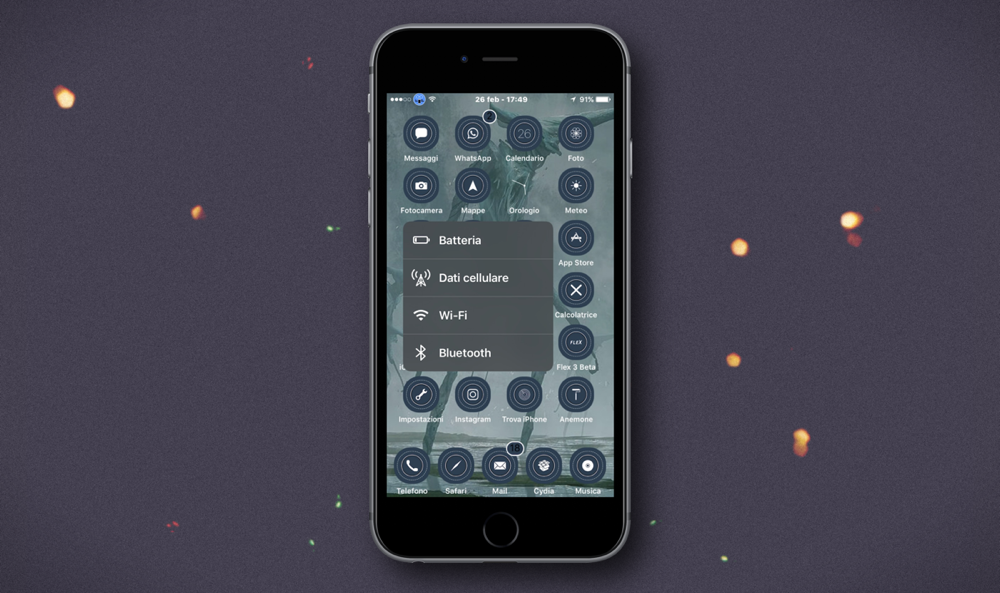 Thanks to a nifty little jailbreak tweak called BlurTouchClean, you can get rid of that blurred background when 3D Touch comes into play on your iPhone's home screen.

Those 3D Touch Blurred Backgrounds Are Cool, But Not So Cool for Everyone

Apple does all it can in its power to make sure iOS is as aesthetically pleasing as possible around every corner. With the introduction of 3D Touch alongside iPhone 6s and iPhone 6s Plus, the company went ahead and added a new design element to iOS. As soon as you deep press an icon on the home screen, a menu pops up, but at the same time, the background blurs out, so that your focus goes entirely towards the newly opened menu option. It's a nice little touch, we agree. But not everyone might carry the same sentiments.

This is where a jailbreak tweak called BlurTouchClean comes in and gets rid of that blur effect from the background while you're on the home screen. Once installed and downloaded from the BigBoss repo in Cydia, everything works out of the box like it should. And the only configuration you get to play with in the Settings app pertains to turning the tweak on or off. This feature alone gives the overall credentials of the tweak a massive boost. Also, it alters the 3D Touch menu animation too, so that it is more pleasant to look at. Though there was nothing wrong with it in the first place, at least in my opinion, but the little change might appease certain set of users.

It's understandable why this tweak even exists. Whenever you deep press on an icon on the home screen,  the focus is taken away from everything else in a very drastic manner. Even the status bar goes into the world of blur whether the user likes it or not. So, with BlurTouchClean onboard, you can rest assured things will remain as sharp as possible.

The tweak is absolutely free and is available to download from the BigBoss repo in Cydia, as mentioned above. Give it a spin on your device and let us know what you think about it in the comments section below.