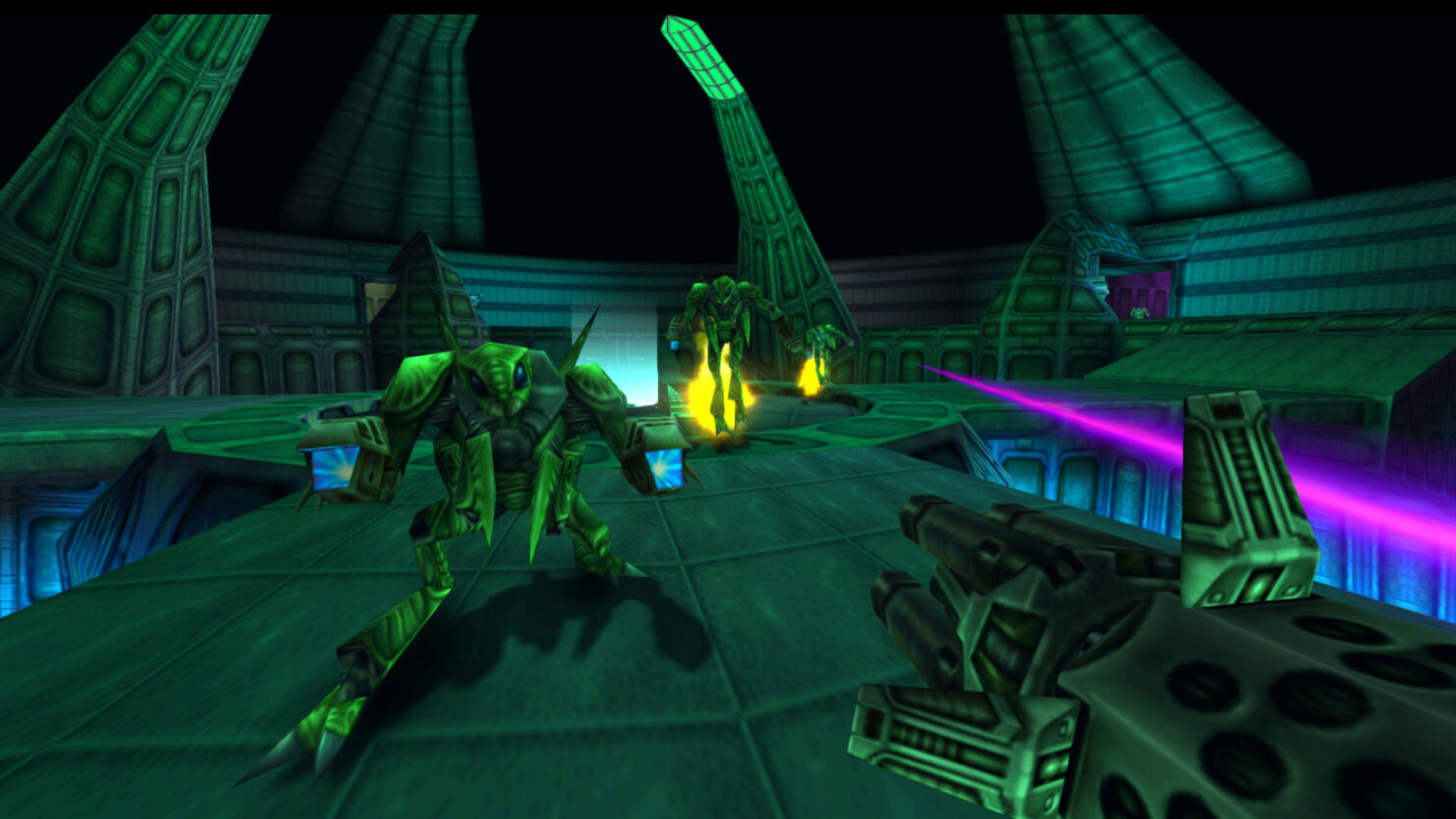 Nightdive Studios, who's no stranger to restoring old games, announced that they are releasing a remastered version of Turok 2: Seeds of Evil next month.

Turok 2 puts you back in the dinosaur-killing shoes of Turok. This time around our boy needs to explore a futuristic setting and take on all sorts of threats. The game will have over 20 new weapons along with completely remastering of the N64 classic which sold over one million copies. There's one weapon called The Cerebral Bore that doesn't sound all too pleasant.

A new feature coming to the PC version is an online multiplayer game mode called Last Turok Standing which sounds like an elimination mode with a bunch of Turoks.

Stephen Kick, CEO and Founder of Nightdive Studios, explains the sort of new goodies they've added in their version of Turok 2:

Turok 2: Seeds of Evil does more than just continue the series. From the moment that a player first begins their quest in the Port of Adia, they will face a whole new series of challenges and puzzles to solve. Players will also get to use a whole new series of weapons to overcome these challenges. And best of all, players will get to use these weapons against their friends in multiplayer mode!

When restoring these classic games, it is important to ensure that they will play on as many different computer hardware configurations as possible. Working with Intel allows our developers to tune the game's performance to achieve those results.

Turok 2: Seeds of Evil is coming to PC on March 16th.  Anyone attending GDC this weekend will be able to play Turok 2 at the Intel Booth on the GDC Sky Bridges.