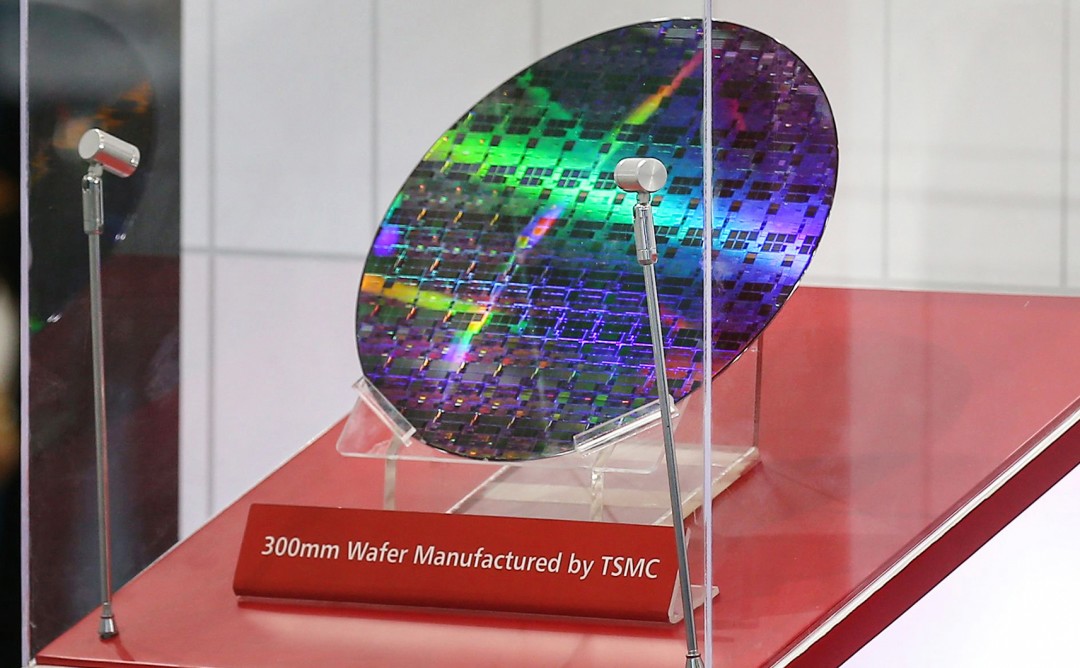 Rumors of the Taiwan Semiconductor Manufacturing Company (TSMC) is once again the target of rumors stating that it will increase its wafer prices. Previous rumors speculating the same change had surfaced in late January, in the wake of the ongoing chip crunch that automakers are currently facing. These believed that the fab was aiming for another 15% price increase in response to the increased demand for automotive chips, but as the months passed with the first quarter now at an end, no further details for the specific increase have come to light.

Today's rumors, reported by United News, seem to apply to all tech products. TSMC manufactures semiconductors in two wafer sizes, namely the 12-inch and 9-inch wafers. Out of these, chips that are generally used in consumer electronics are manufactured on 12-inch silicon wafers, which are the subject of the reported price hikes.

The details suggest that by the end of his year, TSMC will have increased its 12-inch wafer prices by $400 for a 25% year-over-year increase - resulting in all-time record high prices. The fab's 7nm process node is its bread and butter for the time being as it looks to scale up production for the more advanced 5nm node this year and bring the leading-edge 3nm process to mass production in the second of 2022.

Whispers from the Taiwanese chip sector also suggest that the discounts TSMC's major customers negotiated for 2021 have been withdrawn owing to the uptick in chip demand. Not only is the automotive sector desperate to get its hands on silicon for its products, but a shift in global work and entertainment patterns due to the ongoing pandemic has increased the demand for consumer electronics such as smartphones and notebooks.

For its part, TSMC has also made statements to the press in response to queries for the price hike rumors. The company's statement basically reaffirms its commitment to providing its customers with value and as is often the case refrains from commenting on pricing.

Data compiled by research firm IC Insights suggests that TSMC earned $1,634 in revenue per wafer in 2020. Our understanding of this term suggests that the amount refers to the profit/wafer that TSMC made last year since the price of a wafer often runs into thousands of U.S. dollars - with estimates from Georgetown University estimating the price of a wafer manufactured through the 5nm node as having a price of approximately $17,000 - a figure higher than the $12,500 predicted by IBS in 2019.

Using rudimentary math reveals that a 25% price increase of $400 over the course of this year implies a wafer price of $1,600 pre-hike –  a value eerily close to the revenue estimates provided by IC Insights.

As it deals with an auto chip shortage, a demand increase and an ongoing water crisis, word from Taiwanese social media suggests that while the company is making its employees work beyond office hours, the extra time is not being logged inside TSMC's systems as overtime. The company's procedures require worker supervisors to agree to overtime after determining the reasons behind a worker's need to work beyond the allotted hours, which according to the social media post now deleted were not being followed. Since this is a rumor, for the time being, it's clear that no concrete conclusions can be derived from it.

The fab's share price fell in Taiwan last week as U.S. chip giant Intel Corporation unveiled a $20 billion plan to enter the contract chip manufacturing space. Since then, the stock has stabilized as investors believe TSMC's technology advantages will enable it to maintain an edge in the market.