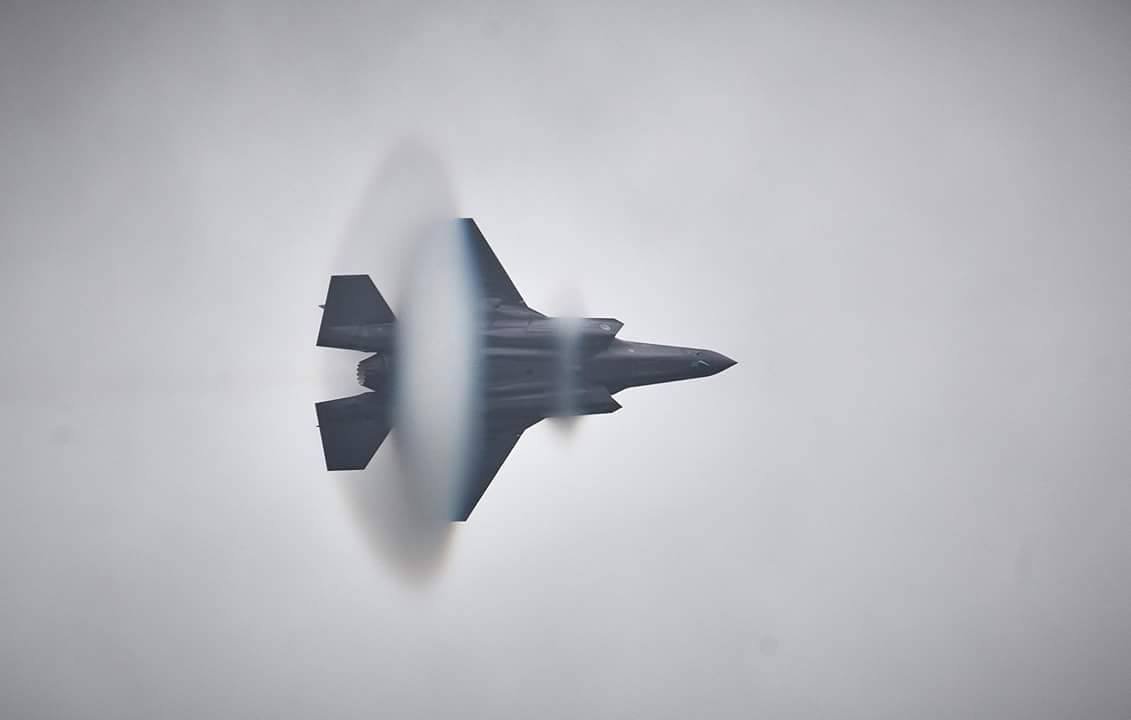 The vapor cone around an F-35. Such cones are formed when humid air around the jet accumulates as it increases its speed. TSMC manufactures components for the F35, an order that has compelled calls for the company to relocate manufacturing facilities inside the U.S. Image source: Unknown

After it announced a new semiconductor fabrication facility to be opened in Arizona earlier this year, the Taiwan Semiconductor Manufacturing Company (TSMC) has now approved investment for setting up a subsidiary in the state. The approval came as TSMC also allocated more funds for capital investment to boost its production of semiconductors on advanced process nodes; nodes that can potentially include 5nm and 7nm processes, especially as product rollout for the former commences with crucial announcements made by Cupertino tech giant Apple, Inc this year.

The decision to set up a subsidiary was taken earlier today in Taiwan as the company's board of directors approved several important items on their agenda. This included approving dividends, approving promotions and allocating capital for operational purposes. The final item on this list included approval to set up a new subsidiary in Arizona, in the form of an investment of which TSMC will pay $3.5 billion in straight, paid--in-capital.

This fab came after concerns were raised by the American government about the integrity of the country's semiconductor supply chain. The bulk of TSMc's chip fabrication is in Taiwan, and global, pandemic-induced supply chain disruption this year and the island's proximity to the People's Republic of China caused policymakers in Washington to press the company to set up a facility inside homeland U.S.

Not only is TSMC responsible for providing products to Santa Clara chip designer Advanced Micro Devices, Inc and Cupertino tech giant Apple, Inc, but it also provides components for sensitive military products including Lockheed Martin's F-35 Lightning II fifth-generation multi-role combat aircraft that is expected to form the backbone of American and NATO air defense capabilities. As opposed to the older F-22 Raptor, the F-35 can be mass-produced in larger quantities, and the aircraft also brings crucial stealth capabilities to a single-engine fighter aircraft that is capable of carrier-based operations. 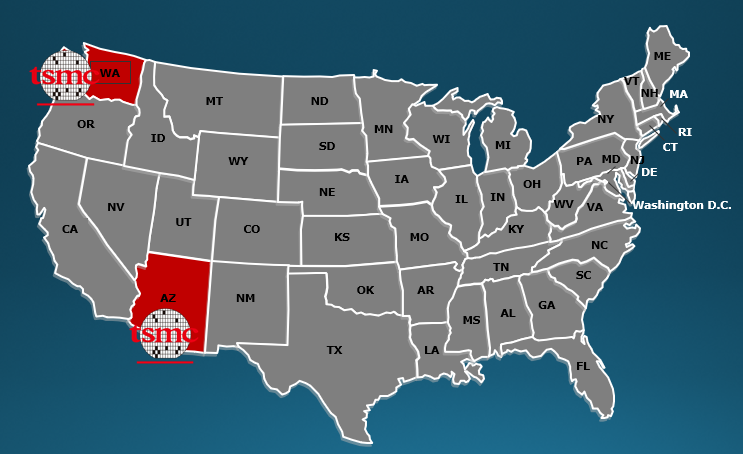 Additionally, the company also approved $15.1 billion of capital spending that should help it with increasing production capacity for leading-edge processor nodes. Demand for these is full, according to reports floating around these days, and should only go up as we enter 2021. In addition to expanding "advanced technology capacity," TSMC also plans to use the amount for constructing chip fabrication facilities and for its research and development expenses for the first quarter of next year.

This news comes as Apple made a much-awaited jump to in-house central processing units (CPUs) and graphics processing units (GPUs) for its MacBook Air and entry-level MacBook Pro laptops yesterday. Apple's new chips, called the M1, will most likely be manufactured by TSMC due to the similarities that they have with the company's iPhone chips and the two companies' deep business relationship that has propelled the iPhone-maker at the near-top of the chip food chain and allowed TSMC to establish itself as the world's leading chip fabricator.

Early analysis of the M1 conducted by Anandtech reveals that the chip leads rivals manufactured by Santa Clara chip giant Intel Corporation in several benchmarks and keep up with the latest products from AMD. In fact, as the publication's Andrei Frumusanu comments,

Apple’s performance trajectory and unquestioned execution over these years is what has made Apple Silicon a reality today. Anybody looking at the absurdness of that graph will realise that there simply was no other choice but for Apple to ditch Intel and x86 in favour of their own in-house microarchitecture [EMPHASIS ADDED]– staying par for the course would have meant stagnation and worse consumer products.

TSMC's also expected to beat its self-set revenue guidance for the fourth quarter of this year according to rumors floating around in the press. The company's depository receipts are up by more than 3% on the market today, reflecting their biggest jump over the past five days.