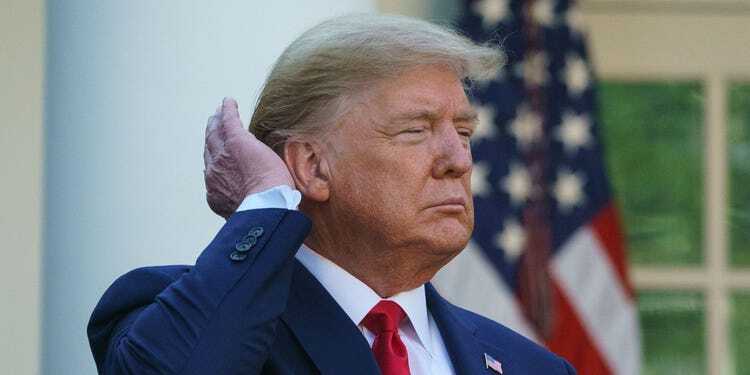 Digital World Acquisition Corp. (NASDAQ:DWAC), a high-flying Special Purpose Acquisition Company (SPAC) that is planning to take the Trump Media & Technology Group (TMTG) public, continues to see its outsized gains from last week fizzle, thereby placing a sizable dent on the windfall that the former President Trump is slated to receive from this deal.

As a refresher, TTMG has been accorded an initial enterprise valuation of $875 million as a part of the merger agreement with the SPAC Digital World Acquisition. TMTG plans to utilize the $293 million in cash proceeds that are already held in trust by Digital World Acquisition to launch a dedicated social media platform, dubbed the TRUTH Social. Additionally, TMTG also intends to launch a subscription-based, “non-woke” video-on-demand service as well as cloud-based offerings under the “tech stack” suite of products.

Interestingly, Friday marked the peak-mania phase for Digital World Acquisition shares, with the stock opening at $118, climbing to a high of $175, and then closing at $94.20. Relative to Friday’s close, however, Digital World Acquisition shares are now down 37 percent, currently trading around the $59 price handle. This plunge has also moderated former President Trump’s outsized windfall. As an illustration, Bloomberg had calculated on Friday that the post-combination company was worth around $8.2 billion. Based on Trump’s 58 percent stake in the post-merger company, the former President was slated to add a cool $4.8 billion to his current net worth of around $2.5 billion. Nonetheless, with the recent plunge in DAWC’s share price, Trump’s potential gains from this deal have now declined to around $3 billion.

This brings us to the crux of the matter. Iceberg Research has now taken a well-timed short position on Digital World Acquisition’s prospects while citing a fizzling out of initial euphoria, Trump’s “track record”, and the specter of a deal renegotiation.

We are short $DWAC. Now that initial excitement has passed, we see only risks for investors in near future. Based on Trump's track record, at current price, renegotiation is likely to keep more of the merged company for him.

Of course, this is not the only threat to Digital World Acquisition. As per the reporting by Verge, Trump’s social media platform is a rip-off of the decentralized social network Mastodon, with the platform now having less than a month to comply with Mastodon’s licensing terms before its access is cutoff. Moreover, TRUTH Social also continues to suffer from a series of embarrassing hacking attacks. In one instance, hackers from the notorious ‘Anonymous’ group were able to register an account with the username “donaldjtrump” on TRUTH Social. This account was then used to post pictures of pigs.

We had noted in our last post on this topic that Digital World Acquisition shares constituted nothing more than a glorified speculation engine in the prevailing paradigm. Given the ongoing slump in the SPAC’s share price, we would not be surprised if the stock returns to its humble origins in a matter of days.