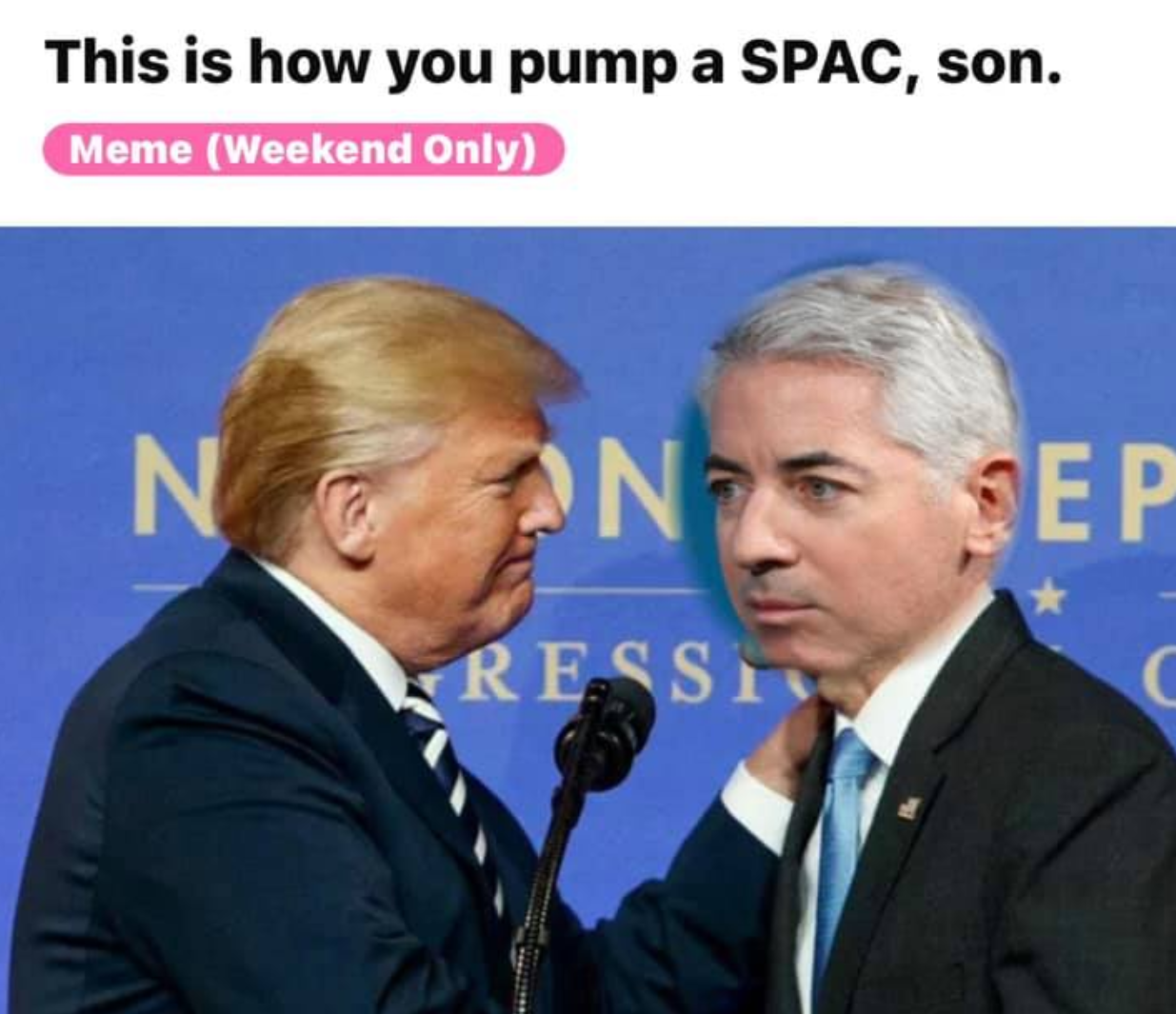 Digital World Acquisition Corp. (NASDAQ:DWAC), a Special Purpose Acquisition Company (SPAC), rocketed to the center of attention in the financial world last week on the back of a mind-boggling 800-percent-plus rally since the 20th of October.

As we noted in a dedicated post on Friday, the SPAC Digital World Acquisition is now slated to merge with the Trump Media & Technology Group (TMTG) in a deal that would value the group at $875 million. TMTG plans to utilize the $293 million in cash proceeds that are already held in trust by Digital World Acquisition to launch a dedicated social media platform, dubbed the TRUTH Social. Additionally, TMTG also intends to launch a subscription-based, “non-woke” video-on-demand service that will feature entertainment programing, news, podcasts, and more. Eventually, TMTG aims to transition to a ‘super platform’ of sorts by entering the payments sphere as well.

This brings us to the crux of the matter. Last week saw another Trump-linked stock post astounding gains. To wit, Phunware (NASDAQ:PHUN) – an advertising startup that offered mobile-based tools to the Trump-Pence reelection campaign – has seen its shares soar over 700 percent since the 20th of October. At one point, the shares were up as much as 1,600 percent relative to Wednesday’s closing price of $1.05. While there is no formal association of Phunware with Digital World Acquisition at the moment, investors appear to be betting on this eventuality going forward.

Readers should note that Digital World Acquisition and Phunware are pure speculative plays at the moment. If you did not enter at an attractive price last week, it does not make sense to enter at extremely lofty current prices. Even DWAC’s warrants are now extremely overpriced, closing at a whopping $29.10 on Friday. As a refresher, warrants give their holders the right to acquire shares in a SPAC post-combination by paying an exercise fee – usually $11.50. Consequently, options might be an attractive speculative instrument for investors interested in gaining exposure to this momentum engine.

Looks like $DWAC options chain is open...Monday will be interesting... pic.twitter.com/zKSFjAHfHy

Given the breadth of speculation involved, we would urge our readers to exercise extreme caution before jumping headlong into these speculative bets.