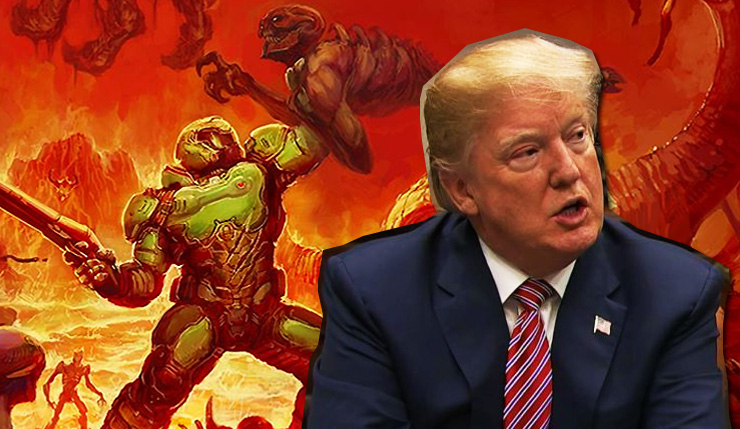 The deadly shooting at Marjory Stoneman Douglas High School in Parkland, Florida earlier this year left many searching for answers. As often happens with tragedies like these, some chose to evoke violent video games as a possible cause – shortly after the Parkland shooting, US President Donald Trump held a meeting with industry leaders representing Take-Two Interactive, Bethesda, the ESA, ESRB, and other bodies to discuss violent video games and their possible impact on children. He also established the  Federal Commission on School Safety in order to provide “meaningful and actionable recommendations to keep students safe at school." Well, the commission has turned in its report, and it largely casts aside the notion that video games (or other violent media) is to blame.

The chapter “Violent Entertainment and Rating Systems” cites the research of Dr. Rowell Huesmann, who says media can create “violent behavior scripts” that may lead to aggression, but they also cite Dr. Christopher Ferguson, who says studies on violent media have yielded mixed results and those that link video games to real-life violence “aren’t replicable.” Ultimately, Dr. Ferguson believes debate about whether media can cause violence is largely a distraction from more important factors.

Overall, it seems like the commission actually views video games as less damaging than other forms of entertainment – according to them, 90 percent of movies contain violent scenes, while only 68 percent of games do. They also praise the ESRB as having one of the most effective rating systems.

“According to a 2016 survey, 86 percent of parents with children who play video games know about the ESRB rating system, and 73 percent say they check a computer or video game’s rating before buying it for their children. The ESRB rating system has gained high levels of trust among parents, who regularly report being satisfied with the level of information as they choose which games to select for children.”

Ultimately, the only things the commission recommends in the Violent Entertainment chapter is that schools strengthen Internet safety protocols, and that some ratings boards, particularly the MPAA, make their ratings systems easier to understand.

In addition to violent media, the Federal Commission on School Safety report covers a wide array of topics, including gun control, press coverage, cyberbullying, and issues related to mental health. You can read the report for yourself, right here.