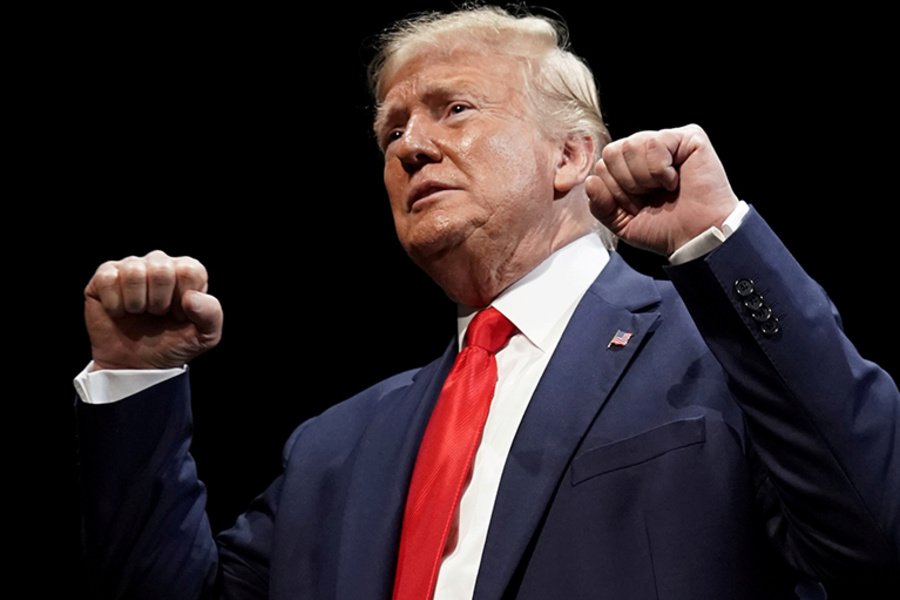 Digital World Acquisition Corp. (NASDAQ:DWAC), a Special Purpose Acquisition Company (SPAC) that is slated to take the Trump Media & Technology Group (TMTG) public via a reverse merger, is currently an island of green in a sea of red growth-focused tickers.

As a refresher, the merger deal will furnish TMTG with $293 million in cash proceeds. Moreover, Digital World Acquisition has also raised nearly $1 billion in PIPE investments, thereby elevating TMTG's proposed valuation from $875 million to around $4 billion. TMTG aims to use these copious cash resources to build a conservative-oriented media machine, featuring a dedicated social media platform, dubbed the TRUTH Social, as well as a subscription-based, "non-woke" video-on-demand service and cloud-based offerings under the "tech stack" suite of products.

Hammered by the unilateral steps taken by Russia yesterday to recognize the self-declared breakaway republics of Donetsk and Luhansk and the attendant specter of crippling sanctions on Russia's oil and gas sector further squeezing an already tight global oil supply situation, risk assets across the board are tumbling today. As an illustration, the Nasdaq futures are currently down 1.62 percent as investors weigh the prospects of a ramp-up in global oil prices that would buffer the ongoing inflationary impulse, thereby hemming the U.S. Federal Reserve in a much more hawkish monetary policy spiral. 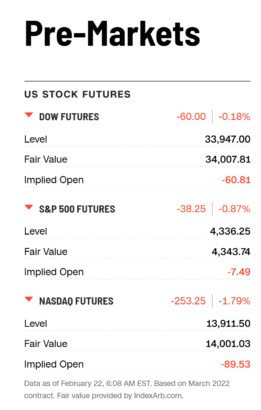 Nonetheless, Digital World Acquisition shares are firmly in the green today, with gains of over 30 percent at the time of writing.

Readers should note that pre-market trading is characterized by a general lack of liquidity. Consequently, it remains to be seen whether the high-flying SPAC is able to hold on to these stellar gains through the regular trading session today. However, even without today's price thrust, Digital World Acquisition shares were already on course for the title of one the best-performing assets so far in 2022, with gains of over 63 percent as of Friday's closing price.

So, what is at the heart of today's extraordinary moves in Digital world Acquisition shares? Well, Trump's dedicated social media platform, dubbed the TRUTH Social, formally debuted on the Apple App Store late Sunday night, coinciding with the President's Day holiday. Previously, the app was only available for those people specifically invited to test it. The app soon climbed to the number 1 spot (as per Apple Store rankings) in the U.S., precipitating onboarding delays amid soaring demand.

$DWAC Truth Social is currently listed as the the #1 app in the $AAPL App store in the US.

Nonetheless, all is not hunky-dory for Digital World Acquisition. The SPAC has already received a "voluntary information and document request" from the U.S. Securities and Exchange Commission (SEC), which included a demand for documents related to meetings of DWAC's board of directors as well as policies and procedures relating to its interactions with TMTG, based on reports that DWAC "may have committed securities [law] violations by holding private and undisclosed discussions about the merger [with TMTG] as early as May 2021, while omitting this information [in SEC) filing and other public statements.". Moreover, the SPAC has also received a similar request from FINRA.

Even before this week's development, options data suggested a persistent bullish impulse around Digital World Acquisition shares. For instance, the stock's 10-day Put/Call ratio (based on open interest) is currently hovering at 0.5155, while the 60-day ratio is computing at 0.3280 at present. Moreover, the stock's 25-delta skew between puts and calls is also lodged in the bullish camp.

Wccftech Finance strictly adheres to political neutrality. Any reference to former President Trump or the SPAC Digital World Acquisition does not mean that we support or oppose his policies. This is purely a financial post featuring objective analysis.