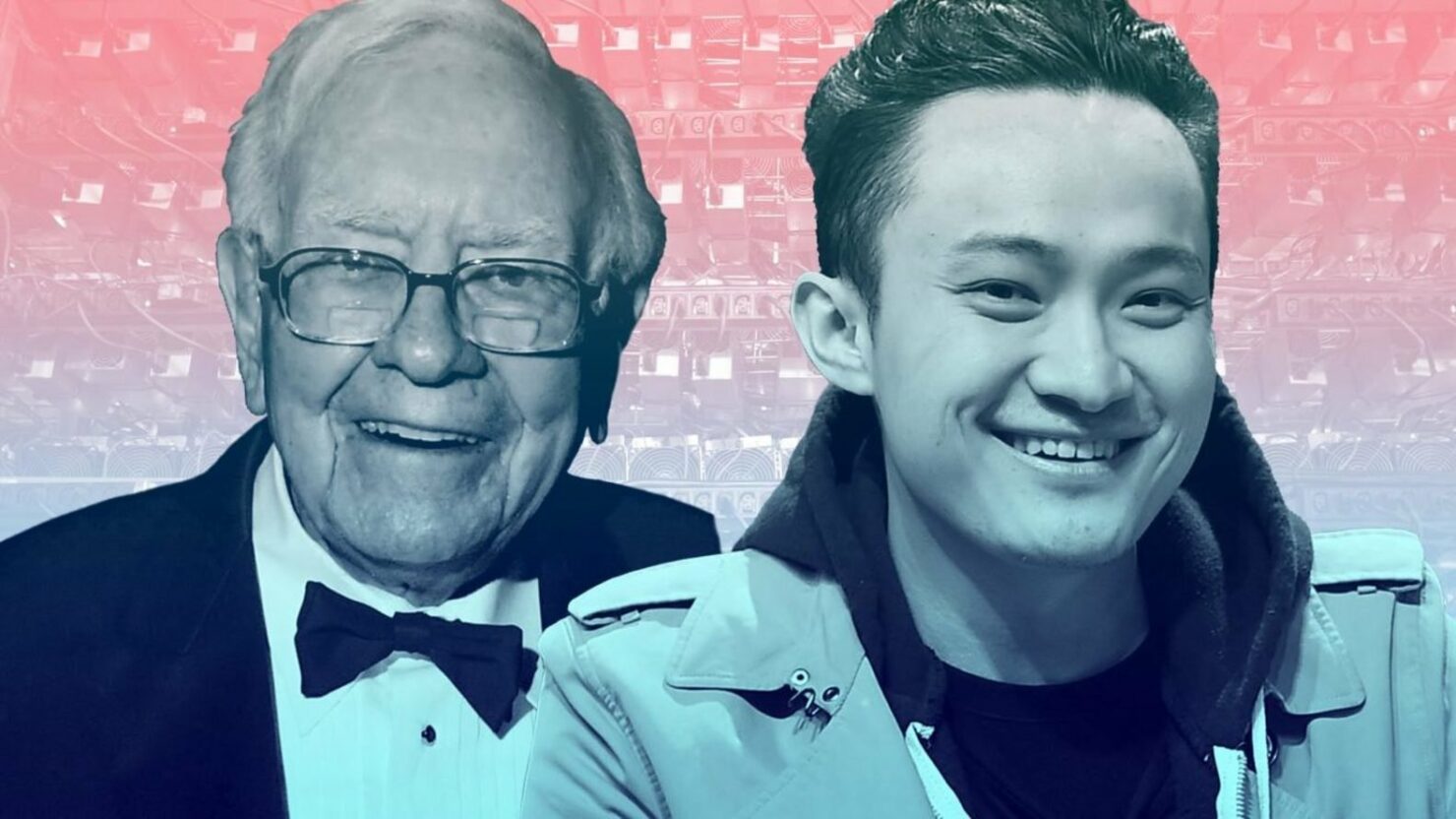 It seems that Justin Sun, the founder of the blockchain-based decentralized content platform TRON, finally shared a much-hyped meal with the Oracle of Omaha and CEO of Berkshire Hathaway (NYSE:BRK.A), Warren Buffett.

According to an announcement by the TRON foundation on Thursday, Sun met the famous billionaire at a private country club in Omaha, Nebraska, on the 23rd of January. During the three-hour meeting, Sun was accompanied by the founder of Litecoin Foundation Charlie Lee, the CFO of Huobi crypto exchange Chris Lee, the CEO of eToro Yoni Assia, and the head of Binance Charity Foundation Helen Hai.

TRON was founded in September 2017 by a Singapore based non-profit organization called the TRON Foundation. It aims to become a wholistic and decentralized digital content platform powered by blockchain technology. By allowing everyone to host digital entertainment content on its platform, TRON attempts to connect content creators and consumers directly without the involvement of a middleman service such as Netflix or YouTube. This provides an overall cost reduction for the consumer and enhanced collection – through direct receipts – for the content creator/producer. Additionally, the Tron network uses its own cryptocurrency – known as Tronix (TRX) – which can be acquired on exchanges such as Liqui and Binance by swapping cryptocurrencies like Ethereum (ETH) or Bitcoin (BTC).

What was all the drama about?

As a refresher, Buffett has auctioned a meal with himself since the year 2000 with the proceeds of the auction customarily donated to a charity. However, Sun’s bid proved to be unorthodox in a number of ways. First, he placed a record $4.5 million bid at the Glide Foundation last year for a meal with Buffett that was to take place in July 2019. Thereafter, he unexpectedly begged off just days before the scheduled appointment due to a purported medical complication involving kidney stones. This rationale, however, became questionable when a Chinese media outlet reported that Sun was under investigation by local authorities and, therefore, unable to leave China. Nonetheless, this dramatic episode was placed on a backburner when Sun subsequently apologized for "over-marketing" the dinner and conceded that it had generated "a negative influence" with regulators and the public.

What went on at the meeting?

According to the spokesperson for TRON, Ryan Dennis, the discussion over the meal was both lively and fruitful:

“Mr. Buffett shared a lot of his wisdom in business, investment and life in general. And, of course, there were a lot of conversations around blockchain and crypto. Crypto and blockchain are still at their infant stage, and Mr. Buffett said blockchain has its value. There are a lot of incredible companies in the payment realm, and it has huge demands. He believes blockchain technology will have a disruptive effect on the future of payment.”

During the meeting, Sun reportedly gifted a Samsung phone loaded with one Bitcoin and a number of TRON TRX coins to the 89-year-old Buffett. Moreover, according to Mr. Dennis, Sun is contemplating his participation in the ‘Giving Pledge’ with Buffett and Microsoft Corp. (NASDAQ:MSFT) co-founder Bill Gates in order to donate the bulk of his fortune to charity.

When asked about Justin Sun’s change in views since the meeting, Mr. Dennis said:

“Justin’s approach to entrepreneurship, his outlook on investments and business, in general, have evolved since dining with Mr. Buffett. There were many learning opportunities and more details are yet to come.”

Interestingly, crypto enthusiasts the world over were anxiously waiting for this meeting as Buffett is a notorious crypto skeptic, having famously labeled Bitcoin as “probably rat poison squared” in 2018. Although the exact content of the meeting remains a closely guarded secret, Sun had previously expressed hope that the occasion would “bridge the gap between institutional and traditional investors and the realm of cryptocurrency and blockchain technology.”

Buffett Doubles Down on Apple While Accounting Changes Mean a Loss