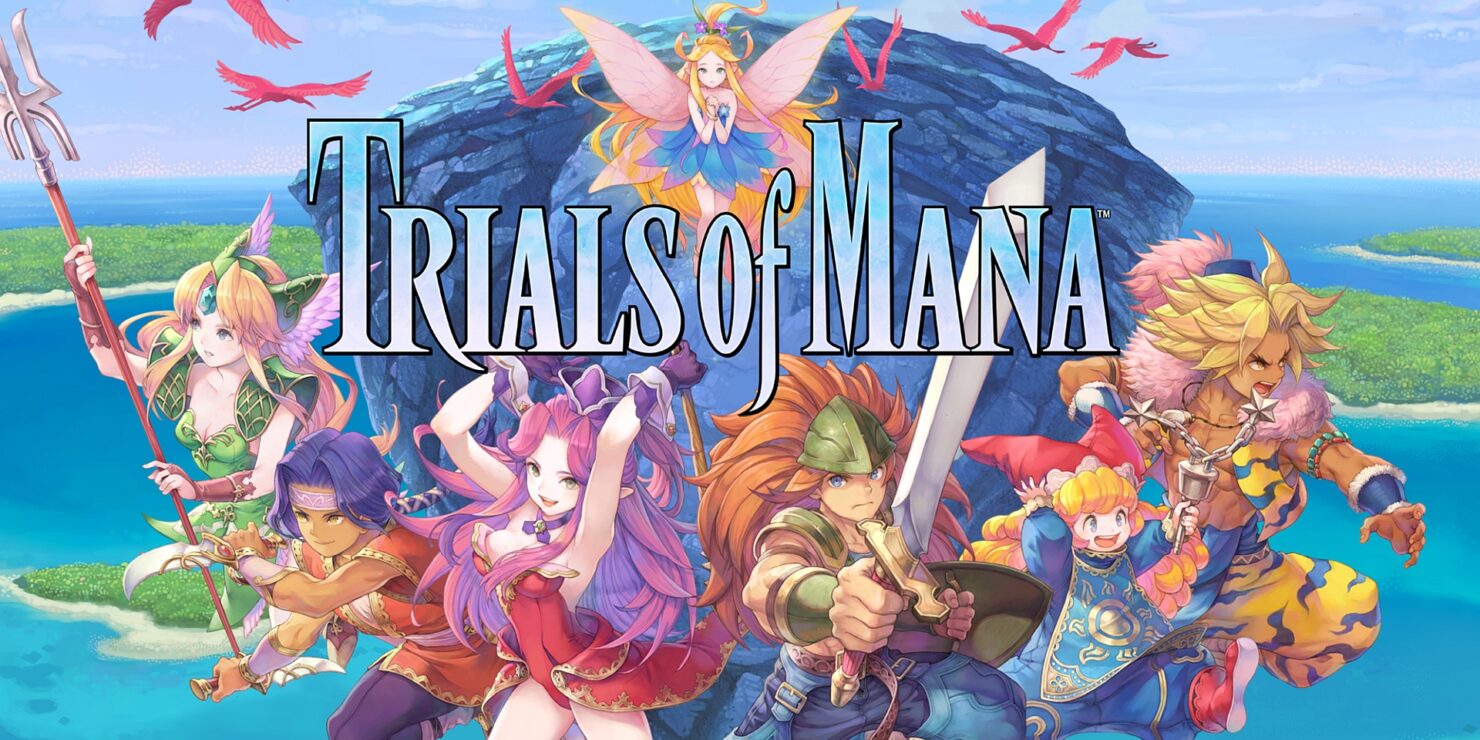 We recently spent the afternoon with Square-Enix while at PAX East 2020 checking out the first playable builds of Trials of Mana, the upcoming remake of one of Squaresoft's long lost RPG titles. Staying true to our love for dual-wielding roguish types, we played through as Hawkeye and got to retread some familiar territory. 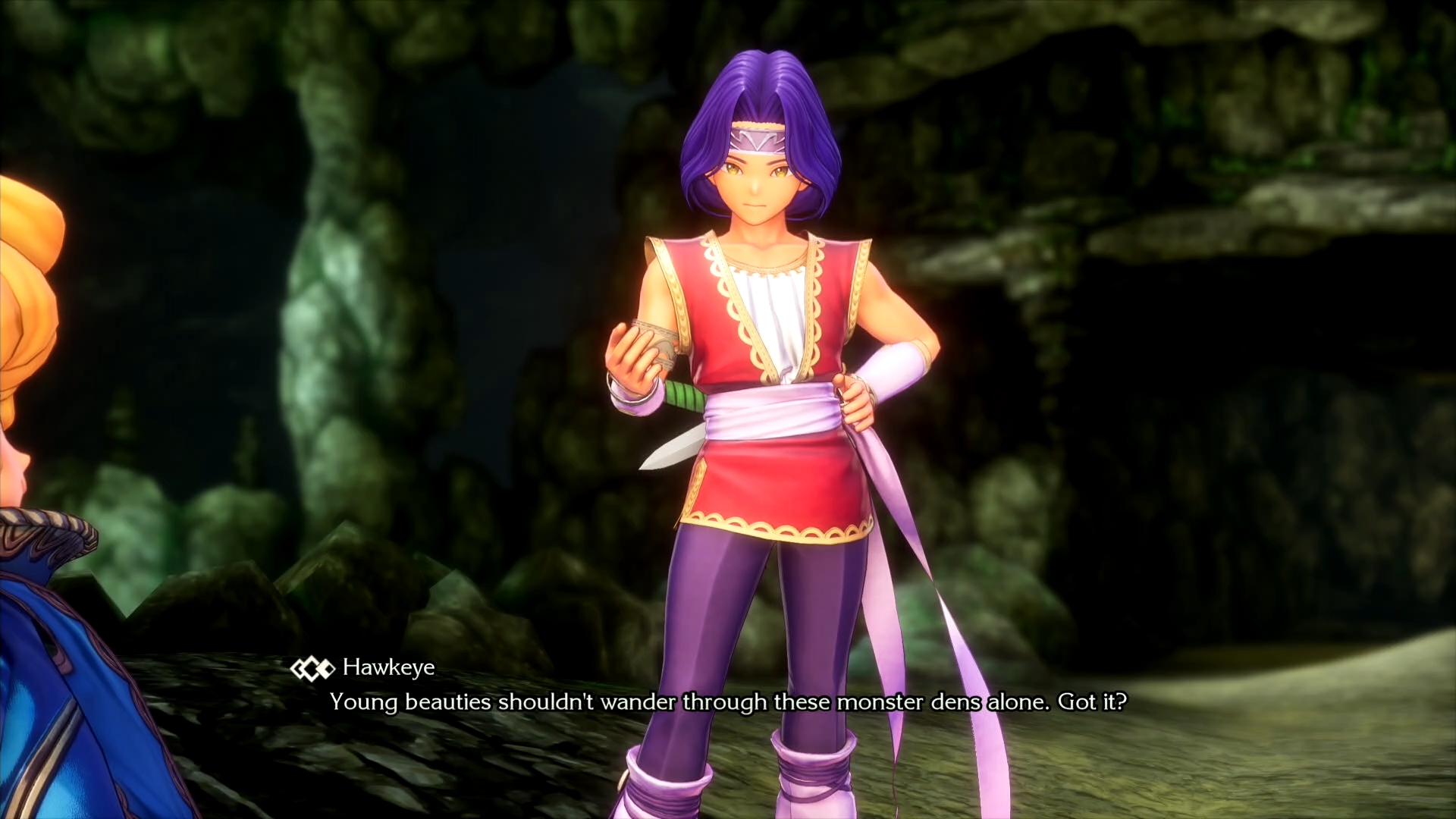 Not to be confused with Trials of Mana that comes as part of the Nintendo Switch-exclusive Collection of Mana, Trials of Mana for PlayStation 4 (and Nintendo Switch and PC) is far beyond a simple up-rezzed port. The entire game has been overhauled and shifted from a 2D vantage to a fully rendered 3D world that players can explore. Characters themselves have a well defined and mature charm to them that reminded me of the most recent Dragon Quest titles, rather than the childlike designs that were prominent in Adventures of Mana and Secret of Mana.

This sequel to Secret of Mana, also known as Seiken Densetsu 3, doesn't center around a single character and their party members. What sets up Trials of Mana for being such a unique experience is that players are given six different playable characters to choose from. Who they pick as their primary character determines a great deal of the plotline, from their introduction to the story and their driving motivation to claim the legendary Mana Sword, alongside two additional party members. Those you don't pick might show up later in the story to help flesh out the world, but it's the party of three that you decide upon at the journey's onset that makes up your team for the full adventure (once they join up throughout the story, of course). 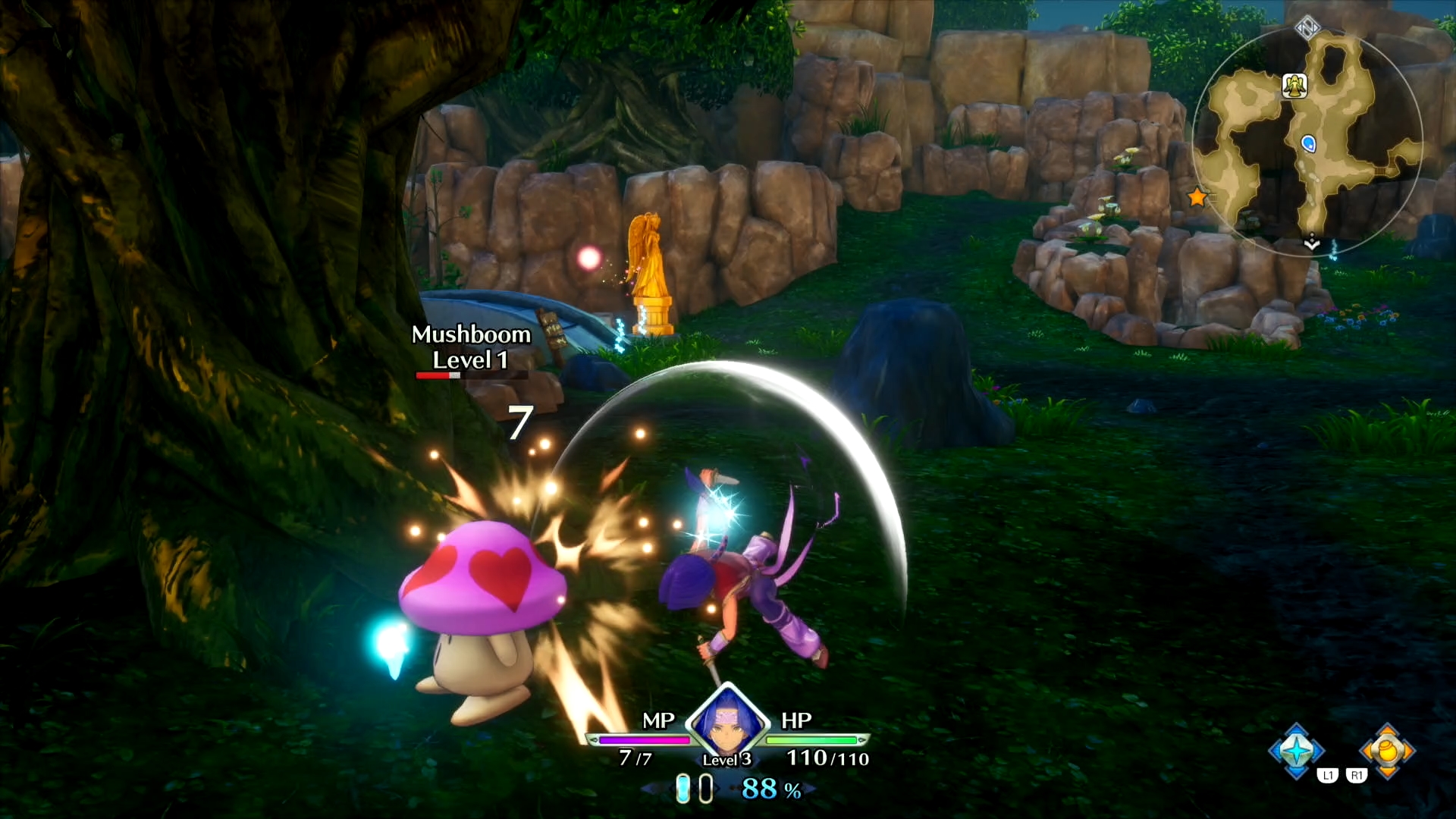 I went with my usual hero from SD3, the disgraced thief Hawkeye from the Fortress in the Sand. Blamed for the death of his companion Eagle, Hawkeye is sentenced to death while the only other person that knows the truth of the entire ordeal is given a cursed necklace that will kill the wearer if Hawkeye ever discloses the truth. It's from there that my journey truly began, with Hawkeye venturing out in hopes of finding a way to break the necklace's curse and restore his name. From there, the prologue ends and Hawkeye makes his way towards Wendel, the same starting point for the other five heroes in Trials of Mana.

The redone combat is among my favorite aspects of the complete overhaul for Trials of Mana. The shift to full 3D hasn't slowed down the action any and attacks still come out as quickly as you can make them. Jumping and dodge rolling are intuitively inserted into the combat to help reach aerial enemies or evade enemy attacks. With every environment fully rendered in 3D, you're free to swing the camera around and lock onto distant enemies in each mini arena. Dispatching enemies quickly or performing additional tasks such as winning a fight without getting hit can also impart a small experience boost.

My demo only ran a couple of hours, just long enough to get a taste for the world and run up to a fight with Trials of Mana's first boss, the Fullmetal Hugger. Along the way, I recruited Charlotte but not a third companion. I suspect that if the order of companions mattered and I picked Charlotte as my third companion rather than the second, I would have encountered a full party by the time I reached the end boss. If not, that might perhaps be the first major deviation from the original Trials of Mana plot that I could recall (the other being a fairly minor ordeal: Hawkeye's cat companion Nikita's name was changed to Niccolo in English text but remains the same in the Japanese dub).

For those wondering about the audio to Trials of Mana, there's no reason to fear. Square Enix prepared both an English and Japanese dub track for Trials of Mana and I found both to be equally enjoyable, just as long as you hit mute as soon as Charlotte's baby babbling comes on screen. As for the soundtracks, there remains the original Super Famicom soundtrack in addition to a remastered soundtrack that simply adds in proper instruments rather than trying to remix the songs that 2017's Secret of Mana for PlayStation 4 attempted to mixed review.

Seeing Trials of Mana completely redone in 3D made the entire opening act feel like a brand new game. I might have been able to recall the opening story beats by heart but the new combat system and remade soundtrack both made the experience fresh in my eyes. While Trials of Mana will be out on April 24th in North America, players that want to check out the demo for themselves won't have to wait nearly as long. A similar demo will be released on March 18th for PlayStation 4, Nintendo Switch and PC (Steam).