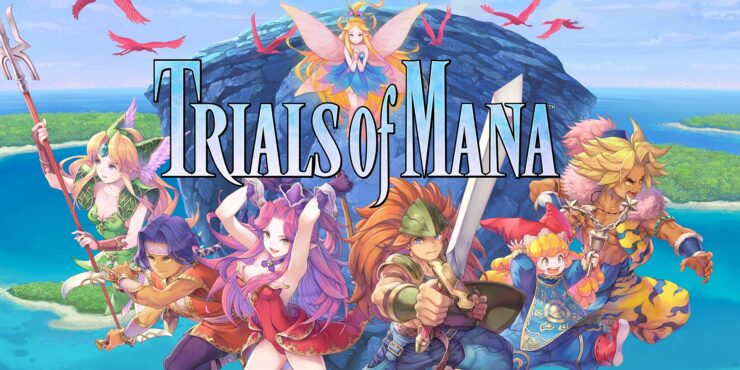 Trials of Mana is getting a day one update that will introduce new dashing methods.

The 1.01 update, which will release alongside the game on April 24th, will allow players to choose between three different dashing methods. The update will also include minor bug fixes.

The PC version of the game will not include the 1.01 update in its base download, so the update will have to be downloaded after the game has been installed.

On a related note, some lucky players managed to get their hands on Trials of Mana already. While the general consensus seems positive, some users, such as GameFAQs user NeoRamza are finding the game a bit on the easy side, even on Hard mode.

There have been a few challenging bosses, and even against normal enemies, I'm using candy & chocolate quite a bit sometimes. So it seems to get harder and harder at least, but I feel it's too easy for too long at the beginning. It's still on the easier side where I'm at, and I feel like most regular enemies die a bit quickly, sometimes from a single combo. Then again, I am playing as Kevin (brawler/dark), who hits pretty hard, and there are enemies that have a lot more HP than others.